According to the new estimate released by the Centers for Disease Control and Prevention (CDC) on April 26, 2018, 1 in 59 children (1 in 37 boys and 1 in 151 girls) in the USA will be affected by autism spectrum disorder (ASD) in 2018.
The estimate displays a 15% increase of autism prevalence in prevalence in the USA. It is 1 in 68 two years previous. The situation cannot be ignored any more. 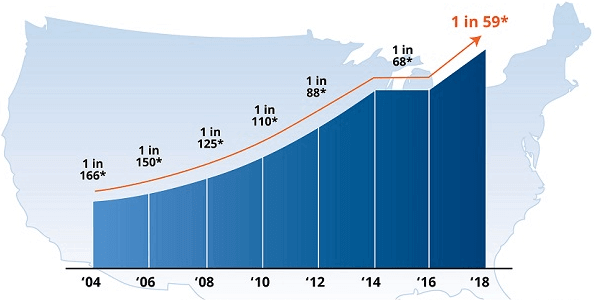 
This article covers the following topics so that you can have a relatively thorough understanding of autism.

Autism spectrum disorder (ASD), or simply known as autism, is a large group of neurodevelopmental disorders with high heritability. It is characterized by disturbances in social behavior and communication.

Autism almost covers people of all ages. In addition, more men and boys are currently diagnosed as autistic than women and girls. Many studies with anecdotal evidence have come up with men/women ratios ranging from 2:1 to 16:1. 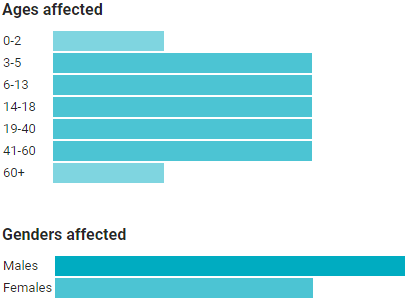 
Three types of Autism Spectrum Disorders:
Autistic Disorder, also know as classic autism, is the most known type. People with autism disorder are characterized by language delays, social and communication challenges, and unusual behaviors and interests. Many of them have intelligence deficiency.

Asperger Syndrome. The symptoms of Asperger syndrome are milder than that of autistic disorder. People with Asperger syndrome may also social problem and usual behaviors & interests, but they generally do not suffer from language or intellectual disabilities.

Pervasive Developmental Disorder is also called as PDD-NOS or atypical autism. If someone meet some of criteria of autistic disorder or Asperger syndrome, not all of them,  he or she may be diagnosed with PDD-NOS. Compared with People with Autistic Disorder, people this type have much fewer and milder symptoms. They may be only featured with social and communication problems.


What are the Signs and Symptoms of Autism?

* Not respond to their name or appears not to hear you
* Not point at or bring objects to show interest
* Avoid eye contact and want to be alone
* Have trouble understanding other people's feelings or talking about their own feelings
* Have delayed speech and language skills
* Repeat words or phrases over and over, but don't understand them
* Give unrelated answers to questions
* Get upset by minor changes
* Have obsessive interests
* Flap their hands, rock their body, or spin in circles
* Have unusual reactions to the way things sound, smell, taste, look, or feel

2, Repetitive and Stiff Patterns of behavior[2]

* Performs repetitive movements, such as rocking, spinning or hand flapping
* Performs activities that could cause self-harm, such as biting or head-banging
* Develops specific routines or rituals and becomes disturbed at the slightest change
* Has problems with coordination or has odd movement patterns, such as clumsiness or walking on toes, and has odd, stiff or exaggerated body language
* Is fascinated by details of an object, such as the spinning wheels of a toy car, but doesn't understand the overall purpose or function of the object
* Is unusually sensitive to light, sound or touch, yet may be indifferent to pain or temperature
* Doesn't engage in imitative or make-believe play
* Fixates on an object or activity with abnormal intensity or focus
* Has specific food preferences, such as eating only a few foods, or refusing foods with a certain texture

commonly associated with general intellectual disabilities, approximately 75% of people with autism have a non-verbal Intelligence Quotient (IQ) below 70.

Scientists are still uncertain about the causes of autism. Many causes have been proposed, but understanding of the theory of causation of autism is incomplete. According to the current researches, genetics and environment factors are widely accepted.

Genetics[3]
Some earlier studies said the heritability of autism was more than 90%. However, the study, Genetic Heritability and Shared Environmental Factors Among Twin Pairs With Autism, showed that more than 90% of heritability was exaggerated, and heredity was not the single cause.

Can autism be cured?
Many people have the question. And everyone wants to get “Yes” from the doctors.
However, most related researchers think that there is no cure for autism. Although the scientists made some progress in new studies, the researches are only in the research phases.

It is a really a disappointing news. But there is no reason to give up treatment.

People with autism usually have different symptoms. According to the individual’s symptoms and needs, intervention can help to lessen disruptive behaviors, and education can teach self-help skills for greater independence, especially for children. Many scientists believe that the earlier in life a child receives early intervention services, the better the child’s prognosis.

All the treatments above needs families and professionals work closely together to decide and implement.

The new research of Autism

It is frustrating when we talk about the treatments of autism, but there is always a hope. There are so many scientists working for it.

Here is a new research about treating autism.

A recently identified form of ASD, called MEF2C haploinsufficiency syndrome (MHS), results from a mutation in only one copy of the MEF2C gene and often triggers severe intellectual disability, autistic features, epilepsy, and abnormal movements.

A team of researchers, led by Dr. Stuart Lipton from Scintillon Institute, has demonstrated in a mouse model of MHS that the drug candidate NitroSynapsin could mitigate abnormal brain development, E/I imbalance, and neurobehavioral dysfunction[6].

The discovery suggests that NitroSynapsin might be used in the treatment of human MHS. Further research will test the effect of NitroSynapsin against other forms of ASD and other neurological disorders like Alzheimer's disease.

Findings of the study have been concluded in a paper (NitroSynapsin therapy for a mouse MEF2C haploinsufficiency model of human autism) appearing online this week in Nature Communications.

MEF2C belongs to the MEF2 subfamily of the MADS gene family. The protein encoded by MEF2C has both trans-activating and DNA binding activities and functions as a transcription factor. Evidence shows that MEF2C expression in the brain is important for neuronal differentiation and survival, and synaptic formation. 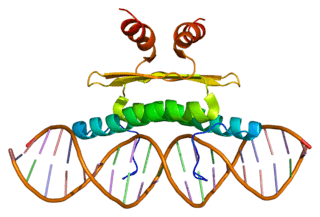 
Complete loss of MEF2C appears to be embryonic lethal, while MEF2C haploinsufficiency appears to impair neurodevelopment. MHS makes up only a small portion of all ASD cases, but many genes regulated by MEF2C are associated with different ASD forms. This is the reason why Dr. Lipton's team focused on MHS.

Dr. Lipton's team generated mice that had only one functional copy of MEF2C to mimic human MHS, and observed that these mice exhibited elevated early deaths, autism-like behaviors, and reduced viability compared with wild-type mice. Working with this MHS mouse model, the team identified abnormalities in excitatory (E) and inhibitory (I) neurotransmission, in synaptic protein expression, and in neuron numbers. In a word, MEF2C reduction led to E/I imbalance.

According to Dr. Lipton, since the MEF2C gene modulates a series of ASD-associated genes, a drug for MHS may also work against other ASD types.

The prevalence of ASD is about 62 cases per 10,000 people. The disease' cause is complex and remains largely unknown. But it is clear that both genetic predisposition and environmental factors are critical causes of ASD. Many ASDs arise in childhood and continue throughout an individual's life. More effective therapies will benefit our children and make their future brighter.