The Overview of Recombinant Antibody

Since the discovery of the antibody, people have tried to use the characteristic of antibody-antigen specific reaction to aid the diagnosis and treatment of diseases, thus promoting the development of antibody bioengineering technology in different stages.

As we all know monoclonal antibodies are secreted by mouse B cells-myeloma cell fused hybridomas, so their murine resistance is inevitable. Although humanized hybridoma cell lines can resolve the problem, they are difficult to construct, prone to chromosome loss thusing cause instability, and unable to immunize the human body. It is envisioned to create a human antibody that reduces or avoids murine resistance. In 1990, John McCafferty demonstrated that the variable region of the antibody can be displayed on the surface of filamentous phage, which laid the foundation for the emergence of recombinant antibodies.

So what are the advantages of recombinant antibodies? Why are they so popular? Maybe we should start with what an antibody is, its chemical nature, antigen-antibody reaction, biological functions, classification, production, application, etc..

1. What is a recombinant antibody?

1. What is a recombinant antibody?

Antibody therapy has not achieved the desired results due to the drawbacks of monoclonal antibody agents in clinical applications. However, with the further understanding of the structure and function of antibody gene and molecular biology, the scientists have developed a new type of antibody-recombinant antibodies.

Recombinant antibodies, also called genetically engineered antibodies, are a type of monoclonal antibodies produced in vitro using synthetic antibody genes. These synthetic antibody genes are formed by modification and recombination through DNA recombination technology, constructed on the plasmid, and then transferred into appropriate host cells for expression. Differently, monoclonal antibodies are generated in vivo of living animals through hybridoma technology. Recombinant antibodies are characterized by high reproducibility, specificity and scalability.

A humanized antibody is generated by the CDR grafting gene formed through the replacement of CDR (complementarity determining region) of human antibody with the CDR of mouse monoclonal antibody. It substantially retains the affinity and specificity of the parent mouse monoclonal antibody. Its proportion of humanization can reach 80%-90%, greatly reducing the immune side effects caused by the heterologous antibody on the human body.

A human antibody gene is transferred into an antibody gene-deficient animal by transgenic or transchromosomal technology. The animal expresses the human antibody that reaches full humanization. Fully humanized antibodies obtained using animal gene knockout and insertion thechnology are difficult to operate and are costly. And they still cause human rejection, so phage display technology came into being. 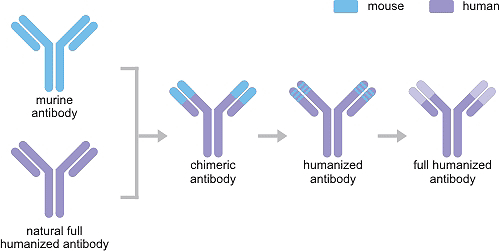 Figure1. The Development of Recombinant Antibody

The so-called antibodies are full-length antibodies, including the full length of the light and heavy chains. Due to the relatively large molecular weight of the full-length antibody molecule, problems such as poor tissue permeability and easy degradation are often encountered in practical applications. To solve these problems, scientists have developed antibody fragments, such as Fab fragment, single chain variable fragment (scfv), single domain antibody (sdab).

These fragments have been paid more and more attention because of their small molecular weight, strong penetration, low antigenicity, expression in prokaryotic system, and ease of genetic engineering operation. They can be combined with antigens, but also can be combined with each other to form bispecific antibodies, or with appropriate substances such as enzymes, biotin, luciferin, isotopes, drugs, toxins or cytokines. They are suitable for clinical diagnosis, conjugate oriented therapy, and X-ray crystal diffraction analysis of antigen antibody binding sites.

Upon treatment with papain, the rabbit IgG is cleaved at the core hinge, leading to the production of two identical Fab and an intact Fc. The Fab fragment retains the antigen-binding region and has a molecular weight of one-third of the full length of the antibody. At the same time, it has low immunogenicity due to its lack of Fc segment and is often used as a guide drug carrier and development.

The scfv is a single chain fragment of antibody V region formed by connecting the V region of heavy chain and light chain of antibody through a polypeptide linker. Since the scfv retains the Vregions of the full-length antibody, its antigen-binding site does not change and still has good binding specificity. In addition, the polypeptide linker of a scfv can be designed into other sites for metal chelation and linked drug as needed and is therefore a powerful tool in clinical applications.

3.1 The construction of antibody gene library

An antibody gene library is a collection of microorganisms that have been transformed with genes for both variable heavy (VH) and variable light (VL) of different antibodies. V region genes can be generated in vitro or amplified from genetic material in B cells that produce human antibodies.

Phages are viruses that infect bacteria and are made up of packages of DNA or RNA genomes in the outer layers of proteins. They contain "foreign" pieces of DNA and replicate in E. coli. Phage display differs from the conventional expression system in that exogenous gene sequences are spliced into one of the phage shell proteins so that exogenous amino acid sequences are genetically fused with endogenous amino acids of the shell proteins to produce heterozygous fusion proteins.

On the phage display platform, the antibody V region gene is often fused to the gene encoding the phage surface protein and presented as a fusion protein on the surface of the phage. The modified phage infects the bacteria, and the carrier and the phage work together to destroy the normal activities of the bacteria so that the bacterial cells start to produce new phage, which contains the antibody gene and displays functional antibody fragments on the surface. When the hybrid protein is released from the cell, the heterozygous protein is incorporated into the phage particle or virus particle to display the foreign peptide or protein domain on the surface.

3.3 The separation of antibodies

Once recombinant antibodies are shown, paramagnetic beads, fluorescently activated cell sorting (FACS), or enzyme-linked immunosorbent assay (ELISA) can be used to isolate individual antibodies that bind to specific antigen targets. The antigen of interest is incubated with the microorganism displaying the antibody and the recombinant antibody that does not adhere to the antigen is discarded. The binding rAb is removed from the antigen and the desired characteristics are screened.

3.4 The modification of the isolated antibodies

Promising antibodies grow in larger quantities and are then selected again to enrich the highest performance candidates. If the affinity of candidate is not strong enough, then the antibody can be "matured" by random or reasonable mutagenesis. Antibody affinity maturation is a process that occurs naturally in the body. The researchers used a similar in vitro process to produce recombinant antibodies. Molecular biology techniques such as site-directed mutagenesis, error-prone PCR, DNA shuffling, or bacterial mutant strains can be used to mutate selected residues of a given antibody fragment, resulting in entirely new libraries that can be tested for increased function.

3.5 The scaling up production of selected antibodies

Compared with traditional antibodies, recombinant antibodies have the advantages of being irresistible, which is one of the reasons for their gradually emerging.

Since recombinant antibodies are produced from a specific set of genes, the production of antibodies is controllable, and in theory, recombinant antibodies against any antigen can be constructed. At the same time, it is also possible to avoid, for example, gene deletion, gene mutation and cell line drift caused by hybridomas. This results in very small batch-to-batch variations, giving you highly repeatable results.

Using recombinant techniques, antibody specificity and sensitivity are more easily improved by antibody engineering. The selection process for the desired clone occurs at the stage of hybridoma and recombinant cloning, allowing us to select the most favorable antibody quality.

Once an antibody library is established, recombinant antibodies can be produced in as little as eight weeks.

The sequence of the recombinant antibody can be modified to suit the specific needs. Once the desired antibody fragment is found, it can be readily converted to any antibody isotype from any species by the addition of an appropriate constant domain.

Antitumor: The recombinant antibodies are mainly used in liver cancer and hematologic system tumors because of their targeting and unique biological effects to tumors. Antibodies act as guiding molecules, enriching effector cells and immune activation factors at the target site, thus playing a killing role.

Antiviral infection: Recent studies have shown that humanized antibodies show strong advantages in the treatment of hepatitis, AIDS and other respiratory virus infections. At present, humanized antibodies against rabies virus, influenza virus and cytomegalovirus are also in the experimental stage.

Anti-Alzheimer's disease: Alzheimer's disease (AD) is a refractory neurodegenerative disease and there is currently no clear treatment or prevention. Scientists have confirmed that the accumulation of β amyloid (Aβ) in brain tissue is the key to the pathological process of AD. At present, studies have shown that Aβ oligomers have obtained a certain therapeutic potential to improve cognitive impairment or to clear Aβ plaques in the brain, and have the application prospect of AD immunotherapy.

Anti-autoimmune disease: Recombinant antibody drugs can inhibit excessive immunopathological responses against activation of inflammatory cells and release of cytokines. The use of antibodies for the treatment of rheumatoid arthritis, systemic lupus erythematosus, and multiple sclerosis is effective.

In addition, recombinant antibody agents with anticoagulant and antiplatelet functions play an important role in the treatment of cardiovascular and cerebrovascular diseases.