Before introducing the tag antibody, let's briefly introduce the protein tag. A protein tag is a protein or polypeptide sequences genetically located at the C or N terminus of a recombinant protein, and the gene sequence encoding the protein tag is typically part of a protein expression vector (for choosing expression vector, a sweet guy from CUSABIO collect several useful tips, you can click here to view the full tips). Often these tags can be cleaved to obtain an unlabeled recombinant protein by chemical agents or by enzymatic means. Tags are attached to proteins for various purposes.

Protein tag facilitates convenient application in protein engineering such as increased solubility, ease of detection, purification, localization and expression. Protein tags help identify and purify proteins of interest through antibodies, and they have many uses, such as immunoblotting, immunocytochemistry, co-immuno-precipitation, flow cytometry, protein purification, and in protein interactions, cellular ultra-structures, and proteins.

A tag antibody is a specific region or group of an antigen molecule that determines the specificity of an antigen. The tag antibody can be used to detect expression, intracellular localization, and purification, qualitative or quantitative detection of the tag fusion protein. Fusion tags can be divided into two broad categories based on their relative molecular mass: large protein molecules and small polypeptide fragments.

All of CUSABIO tag antibodies are affinity-purified monoclonal antibodies, and the principle is antigen-antibody reaction. These tag antibodies can highly specifically bind to the corresponding tag protein, and then identify and purify it by specific tag antibody to achieve research. In addition to these common tags (His, Flag, GST and MBP), CUSABIO tag antibody also has many unconventional tags, including V5, GFP, RFP, E2, S, and SUMO. These tag antibodies have high sensitivity, strong affinity, low background, etc., and can also be stored stably for a long time. Based on the characteristics of tags, we divide them into three groups, involving affinity tags, epitope tags, fluorescent tags and others. In this article, we primarily focus on different kinds of tags and their according antibodies.

These tags allow you to purify proteins from crude cell lysates, even if you don't have any prior knowledge of their biochemical properties. Affinity tagged proteins can be purified by using a specific affinity resin while detection can be facilitated by using commercially available antibodies. Some of the most commonly used affinity tags include the following:

This tag, a short peptide, consists of six histidine residues (His-His-His-His-His-His). It is specifically designed for the adsorptive purification of recombinant proteins. The relatively small size of His tags makes its integration into expression vectors extremely easy. Additionally, because these tags do not form secondary structures to bind their substrate, you can easily purify your protein of interest even under denaturing conditions.

Due to these characteristics, His fusion tags have many advantages over other tags and are the most widely used fusion tags currently used for purification. An efficient detection and purification system based on fusion proteins can be established using the His tag. His tag antibody can be used for detection and expression of His-tag fusion expression proteins, intracellular localization, and purification, qualitative or quantitative detection of His fusion-expressed proteins and the like. 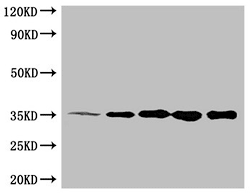 GST can be used to purify a protein by inserting its coding sequence next to your protein of interest. They will then be expressed as a fusion protein after transcription and translation. The GST tag system has the characteristics of high protein expression yield, convenient purification of expression products, and favorable preparation of GST antibodies. The GST fusion protein is soluble in aqueous solution, can be extracted from bacterial lysate, and obtained by affinity chromatography under invariant conditions. The fusion protein is again a very good strong immunogen, so it is easy to prepare antibodies against new proteins.

But one downside of the GST tag is that it is a 30kDa protein and its relatively large size makes the purification difficult. In addition, it also increases the risk of distorting the natural conformation of the proteins and makes them inappropriate for structural studies. To prevent these things from happening, consider using a specific protease to cleave the GST group from the recombinant protein after purification. Recent years, in the prokaryotic expression system, the application of the glutathione S transferase GST expression purification system is more common. 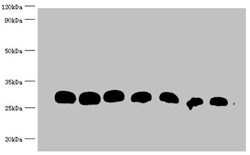 MBP is an approximately 42 kDa, naturally occurring protein in E. coli, encoded by the malE gene, which is responsible for the uptake, breakdown and transport of maltodextrin, a carbohydrate. Originally developed as a protein expression tag in the late 1980’s, it is one of the most well-known and accomplished means of tagging proteins expressed in microbes. Moreover, it is known to significantly enhance the solubility of a variety of downstream-fused, target proteins.

However, the exact mechanism of protein solubility enhancement by the MBP tag is unclear, it is commonly known to stabilize and protect its downstream passenger protein from proteolytic degradation during and after protein synthesis. Cytoplasmic yields of MBP-fused proteins are also usually higher because the fusion protein provides reliable contexts for efficient translation initiation. It is also proposed that the MBP tag might act as a chaperone by interactions through a solvent exposed hot spot on its surface which stabilizes the otherwise insoluble passenger protein.

CBP affinity tag is a useful tag in protein study which can be added to the N or C terminus of proteins of interest through DNA recombinant technology. The tag is derived from muscle myosin light-chain kinase. The tag comprises 26 amino acid residues with the molecular weight of 4 kDa and sequence of KRRWKKNFIAVSAANRFKKISSSGAL. And the relatively small size of CBP (4 kDa) makes it ideal for purifying delicate proteins under mild conditions. CBP tag has the relatively high affinity for calmodulin (CaM). C The tag binds to a calmodulin resin and the proteins can be eluted with a neutral buffer containing low concentrations of EGTA, a calcium chelator. CBP Tag antibody is a useful tool in analysis of CBP-tagged proteins.

These tags are typically smaller than affinity tags and are readily recognized by antibodies. Due to their relatively small size, they have extremely little or no effect on the structure of the resulting fusion protein. Epitope tags are ideal for several downstream applications which include western blotting, co-immunoprecipitation and immunofluorescence experiments. Some of the most popular epitope tags include the following:

The Flag tag, a popular short peptide tag (DYKDDDDK), can be fused to the C- terminus or N-terminus of the protein. The system is used in recombinant DNA technology and can be used for affinity chromatography and for isolating protein complexes with multiple subunits and can also be used with other affinity tags.

Since the FLAG tag is more hydrophilic as compared to other tags in its class so they do not denature or inactivate the proteins to which they are attached. For this reason, it is now widely used in a variety of cell types, including bacterial, yeast and mammalian cells. Etc., the corresponding Flag tag antibodies are also widely used. The Flag tag can be removed by the addition of enterokinase, which specifically recognizes the 5 amino acid residues at the C-terminus of the peptide sequence. Flag antibodies can be used to detect and express the expression of Flag-tagged fusion proteins, intracellular localization, and to purify, qualitatively or quantitatively detect Flag fusion-expressed proteins. 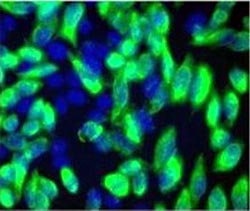 Like the Flag tag, the Myc tag is a popular short peptide tag (EQKLISEEDL) derived from the c-myc gene product and recognized by numerous commercial antibodies. This tag can be added to the C- or N-terminus by recombinant DNA technology and can be used for affinity chromatography and for isolating protein complexes with multiple subunits. Moreover, it also can be used to detect the expression of recombinant proteins in bacteria, yeast, insect cells and mammalian cells.

The well-characterized Myc tag provides a reliable method for the detection and purification of tagged target proteins without a protein-specific antibody or probe. It has been successfully applied in WB hybridization technology, immunoprecipitation (IP) and flow cytometry. Myc recombinant protein can be affinity-purified by coupling Myc-tagged antibody to divinylsulfone-activated agarose, but the low pH elution condition of Myc recombinant protein tends to reduce protein viability, so Myc tag system is widely used in detection. But rarely used for purification. 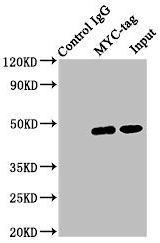 The HA (hemagglutinin) tag, a peptide sequence (YPYDVPDYA), is derived from the surface glycoprotein of the human influenza virus HA protein. The HA tag system uses a HA short peptide to be fused to a target protein, which can be located at the C-terminus or N-terminus of the protein. The system facilitates the ability of the influenza virus to infect its host and is recognized by numerous commercial antibodies. And it has been widely used in a variety of cell types, and the corresponding HA-tagged antibody is also widely used. The HA-tagged antibody can specifically recognize a fusion protein with a HA tag at the C-terminus or the N-terminus. 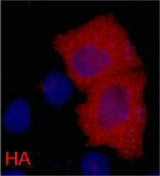 Fluorescent tag, also known as a fluorescent label, is a molecule that is attached chemically to aid in the detection of a biomolecule such as a protein, antibody, or amino acid. Generally, fluorescent tagging, or labeling, uses a reactive derivative of a fluorescent molecule known as a fluorophore. Various labeling techniques such as enzymatic labeling, protein labeling, and genetic labeling are widely utilized. Ethidium Bromide, Fluorescein and Green Fluorescent Protein (GFP) are common tags. Among of them, green fluorescent protein (GFP) is one of the most widely used protein tags under this category because of its non-toxic nature. Based on this characteristic, this tag can be used to detect tagged proteins in both live and fixed cells.

Green Fluorescent Protein, hereinafter referred to as GFP, was first isolated from the jellyfish Aequorea victoria that exhibits bright green fluorescence that does not fade easily when exposed to blue or ultraviolet (UV) light in 1962. It can be located at the C-terminus or N-terminus of proteins and has been widely used in various types of cells such as bacteria, yeast and mammalian cells. The corresponding GFP-tagged antibodies are also widely used.

GFP or its mutant EGFP and the like are widely used for the detection of gene expression efficiency, and fusion expression with a protein of interest for detecting the expression and distribution of a protein of interest. In general, GFP antibody can not only detect GFP or its appropriate mutant, but also detect expression of GFP or its appropriate mutant fusion protein, intracellular localization, and purification, qualitative or quantitative detection of GFP fusion expressed protein, etc. 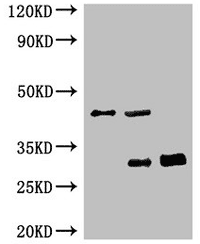 If you want to know all of CUSABIO tag antibodies, you can click the following link to enter our product list: https://www.cusabio.com/catalog-23-1.html.