Growth hormone 1, also known as somatotropin, or growth hormone (GH). It is a member of the growth hormone/prolactin family. It is a single peptide chain protein hormone secreted by pituitary gland. The role of this hormone is to promote growth and affect metabolism. In addition, studies have shown that growth hormone has a wide range of physiological effects on neurological diseases, especially in nerve repair and neuroprotection. Mutations or deletions in the gene can cause growth hormone deficiency and short stature.

4. The Function of GH

5. Side Effects of GH 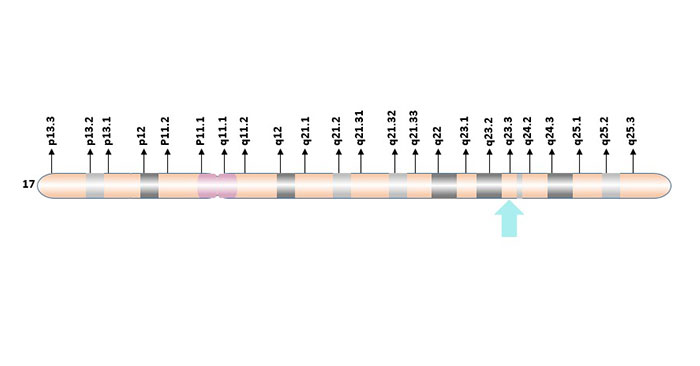 The GH1 gene is mainly transcribed and expressed in the growth hormone secreting cells of the anterior pituitary, and is expressed in a small amount in lymphocytes. GH gene expression in lymphocytes may play a role in local paracrine/autocrine immune regulation. The other four genes are primarily expressed in the placenta and play a role in fetal and placental growth and development. These five genes are first translated into prohormones and then processed into bioactive forms by enzymatic hydrolysis [2].

HGH can exist in various forms: monomer, homologous monomer polymer, molecular fragment, monomer and its binding protein complex, etc. It mainly includes four molecular weight: 22 kDa, 20 kDa, 17 kDa and 5 kDa [3]. Among them, 22 kDa hGH is the most abundant growth hormone in the human, and most of the growth hormone is secreted in this molecular form. It is a single-chain, non-glycosylated hydrophilic globulin containing 191 amino acids. HGH includes four anti-parallel α-helices, which are necessary for GH to interact with its receptors.

Several molecular subtypes of growth hormone are secreted by the pituitary gland and released into the bloodstream. GH is secreted in a pulsating manner, and its secretion has fluctuation, with the largest change range at night and the most vigorous secretion at puberty, and then gradually decreases with the increase of age. 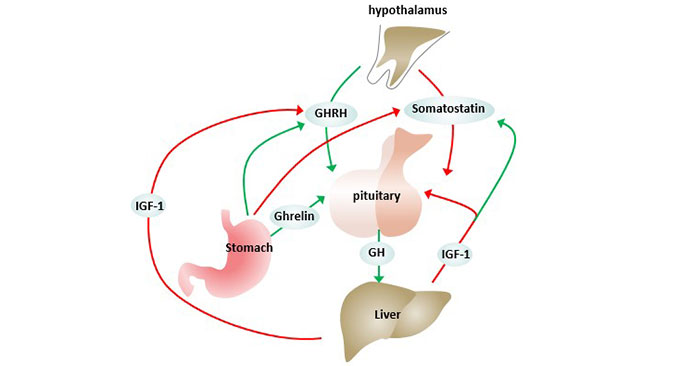 4. The Function of GH

Human growth hormone has a wide range of physiological functions. HGH mainly affects the growth, metabolism and differentiation of cells by affecting the growth axis of GH-IGF1, promotes protein synthesis, and accelerates the metabolism of fat and minerals, so as to make bones, viscera and muscles grow. It can also affect immune tissue, brain tissue, hematopoietic system function.

In the process of protein synthesis, hGH promotes the uptake of amino acids in cells, promotes the transcription of mRNA in the nucleus, strengthens the synthesis of tRNA, and accelerates the synthesis of proteins. Human growth hormone enhances muscle strength and enhances individual body energy by stimulating collagen synthesis in skeletal muscles and tendons. For adults with HGH deficiency, long-term HGH treatment can normalize muscle strength [5].

The release of growth hormones is crucial to regulating bone growth, especially during puberty. Increased height in childhood is one of the most important roles of growth hormone. GH activates the MAPK/ERK pathway by binding to receptors on target cells and stimulates the division and proliferation of chondrocytes. Human growth hormone speeds bone regeneration, making it a key part of bone healing. Topical application of growth hormone significantly accelerates fracture healing without systemic adverse effects [6].

HGH can promote the breakdown of fat in animals. Impaired secretion of human growth hormone will result in loss of lipolytic function. Insulin resistance and visceral/abdominal obesity are common in adults with hormonal growth defects. Therefore, human growth hormone can play a therapeutic role in helping obese people lose weight. 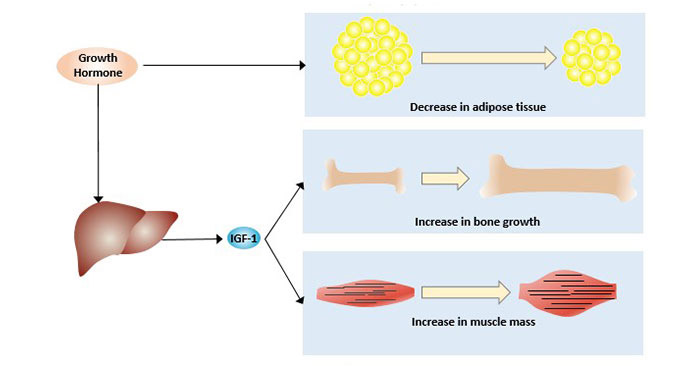 Figure 3 The function of growth hormone

4.4 Reduce the Risk of Cardiovascular Disease

Studies have shown that growth hormone deficiency can alter lipoprotein metabolism and increase the risk of cardiovascular disease [7].

In addition, growth hormone is involved in the development, differentiation and functional integration of brain neurons. Numerous studies have shown that growth hormone can stimulate the regeneration of neurons, astrocytes, endothelial cells and oligodendrocytes, as well as the formation of myelin sheath and dendritic diversity [13].

5. Side Effects of GH

The GH1/IGF-1 system plays an important role in regulating the growth and development of the body by regulating cell proliferation, differentiation and apoptosis. Excess and lack of GH1 can cause some diseases.

GH1/IGF-1 axis plays an important role in the occurrence and development of cancer [14]. Studies have shown that elevated levels of IGF-1 in serum are significantly associated with the risk of developing esophageal cancer.

In adults, it is mainly characterized by abnormal body composition, decreased aerobic exercise capacity and quality of life, and adverse changes in lipid and carbohydrate metabolism and cardiovascular function.

In addition, the following symptoms may occur: depression, hair loss, sexual dysfunction, memory loss, inattention, and the like.

The action mode of GH on the organism can be divided into direct action and indirect action.

Direct action: GH binds to the extracellular domain of the GH receptor to form a GH-GHR complex. The complex binds to another receptor molecule to form a dimer, and the dimeric receptor tyrosine is phosphorylated by the tyrosine kinase (JAK2), thereby activating the JAK2-STAT pathway. This pathway mediates cell-to-cell signaling, alters the Ca2+ transport pathway, regulates contractile and cytoskeletal expression. Figure 4 The mechanism of GH on organism

Exogenous growth hormone can be used to treat children or adults with growth hormone deficiency, but it can only be used in limited circumstances due to the possible side effects of exogenous growth hormone therapy. In addition, rhGH is also used in the treatment of Turner syndrome (gonad dysfunction syndrome), renal insufficiency. Due to its regulatory effect on the immune system, it also has broad prospects in organ transplantation, rheumatism, anti-infection, anti-aging and the like.

The abuse of growth hormone can also be harmful. For example, it increases the risk of diabetes, arteriosclerosis, uremia and malignancy. The toxic effect increased with the increase of dose and time [16].

[11] Kimata H, Yoshida A. Effect of growth hormone and insulin-like growth factor-I on immunoglobulin production by and growth of human B cells [J]. Journal of Clinical Endocrinology & Metabolism, 1994, 78(3): 635-641.