Proteins were first described by the Dutch chemist Gerardus Johannes Mulder and named by the Swedish chemist Jöns Jacob Berzelius in 1838 [1]. After that, the world of proteins opens up. Proteins, a group of biological macromolecular compounds, are widely existed in various organisms. They are the physical basis for all life, and almost all life activities are related to proteins, such as growth, development, movement, and reproduction.

Proteins are made up of many amino acids linked by peptide bonds and disulfide bonds. The sequence of amino acids on protein molecules and the resulting three-dimensional structure constitute the diversity of protein structure. Protein structure, including primary, secondary, tertiary and quaternary structures, determines protein function. 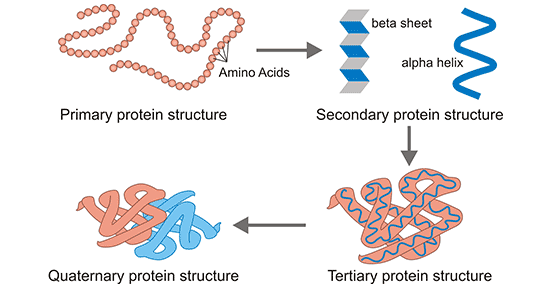 Proteins have many functions, which are performed on the basis of their biological activity. In this article, we will introduce protein biological activity from five aspects, including definition, protein denaturation, detection, research significance, and applications.

1. What Is Biological Activity of Proteins?

3. How to Measure the Biological Activity of Proteins

4. The Importance of Protein Biological Activity for Research

1. What Is Biological Activity of Proteins?

The process of protein denaturation is commonly irreversible. Denatured proteins are usually solid, insoluble in water and other solvents. And they also lose the properties of the original proteins. In other words, denatured proteins do not have biological activity and no longer perform specific biological functions. For an enzyme, it loses its catalytic capacity. The main causes of denaturation are heat, ultraviolet light, intense agitation, strong acids, and bases.

3. How to Measure the Biological Activity of Proteins

3.1 Why Do We Detect the Biological Activity of Proteins?

With the development of science and technology, especially the breakthrough of protein expression system technology, the protein acquisition pathway transitions from chemical extraction to biosynthesis, but no matter which way to obtain the target protein, it may lead to the loss of the original spatial conformation and group modification, resulting in changes in protein activity, which requires us to make new judgments on the activity of the protein in vitro.

3.2 The Ways to Detect the Biological Activity of Proteins

Different proteins may exhibit different activities. For example, the active enzyme has catalytic properties, and the active non-enzymatic protein can bind specifically to the corresponding antibody. A protein may elicit different reactions in different cell types and distinct assays.

3.2. 1 Methods for determining the activity of non-enzymatic proteins

Cell proliferation assay is suitable for the determination of the bioactivity of the proteins that promote the proliferation of specific cells [3].

CCK-8 kit, short for cell counting kit-8, is a WST-8 based repaid and highly sensitive assay widely used in cell proliferation. WST-8 is a compound similar to MTT (methyl thiazolyl tetrazolium) that can be converted into orange and highly water-soluble formazan by some mitochondrial dehydrogenases in the presence of an electron mediator (1-Methoxy PMS). The more and faster the cells proliferate, the darker the color. For the same cell, there is a linear relationship between the shade of color and the number of cells. 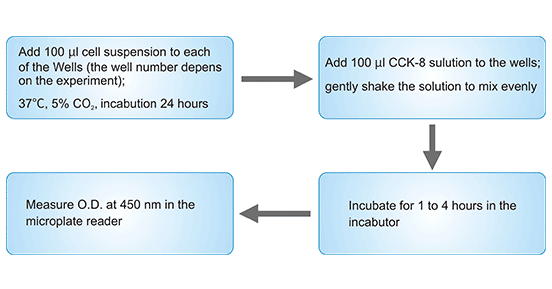 Chemotaxis is the movement of organisms in response to chemical stimuli. Chemotaxis assay is used to detect protein activity of chemokine family, some complement and some interleukin-like cytokines with chemokine activity [4][5]. 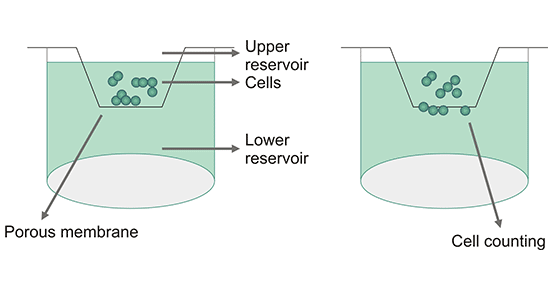 Functional ELISA assay is useful for the detection of activity of certain chemokines or receptor membrane proteins. We can use corresponding ELISA Kits matched with the target protein to detect its activity. 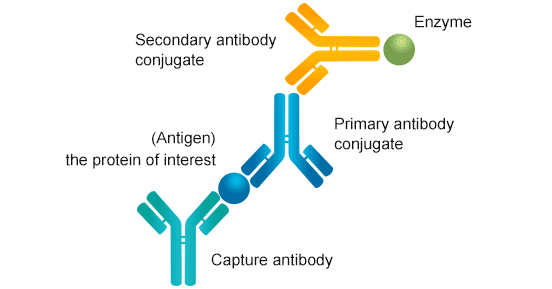 In addition, invasion experiments or scratch tests are applied to the determination of protein activity that promotes tumor cell invasion.

3.2.2 Methods for measuring the activity of proteases

Proteases catalyze the hydrolysis of proteins into amino acids, the amino groups of which are immobilized by formaldehyde. The resulting amino acids are titrated with 0.1mol/L NaOH solution to determine the enzymatic activity.

Folin-phenol reagent (a mixture of phosphotungstic acid and aluminophosphoric acid) is extremely unstable under alkaline conditions and is easily reduced by phenolic compounds to produce a blue complex. The activity of protease is indirectly determined by the color reaction of proteolysis of casein to generate phenolic amino acids (tyrosine, tryptophan, phenylalanine, etc.).

Amino acids are diazotized with the 5-aminotetrazolium diazonium salt to obtain yellow diazo5-aminotetrazolium casein (DHT-casein). DHT-casein is hydrolyzed to generate DHT-peptide under the action of protease. Divalent ions can form a stable soluble red chelate with DHT-protein and DHT-peptide, while DHT-casein can be rapidly precipitated by zinc ions. Protease activity can be determined by the colorimetric method by choosing the appropriate concentration of zinc ion and bromine ion as precipitant and color developing agents.

The colorimetric method is commonly used to determine the activity of soil protease. Proteases hydrolyze protein to generate amino acids, which react with some substances such as copper salt blue complex or ninhydrin to form a colored complex.

4. The Importance of Protein Biological Activity for Research

Proteins are an important kind of substances in the research field. Many experiments use protein functions, such as protein interactions, ELISA, and Western Blotting (WB). The researchers can study the protein and other aspects by its protein biological activity, which may promote the discovery of disease pathology or related biomarkers.

In the past, plagues and infectious diseases took off many people' lives. Now, many targeted vaccines appear in the market, like the hepatitis B vaccine, influenza vaccine [6], HPV vaccine [7], and chicken pox vaccine [8]. They protect us against some particular infectious diseases [9]. These vaccines are inactive viruses that act as antigens causing the body to produce corresponding antibodies. When the virus reappears in the body, the antibody specifically binds to the antigen (virus), and the antibody also recruits and binds to immune cells, such as macrophages, triggering phagocytosis and thereby destroying the virus.

Recent research has shown that a peptide antagonist, known as 6KApoEp, can reduce the buildup of amyloid beta proteins associated with Alzheimer's disease and tau pathology in the brain, as well as improving learning and memory in mice genetically engineered to mimic symptoms of Alzheimer's disease.

Some targeted drugs use probe molecules that can specifically bind to target molecules, such as antibodies, peptides, sugar chains, and nucleic acids, to be coupled to the drug or its carrier surface by chemical or physical methods, so as to achieve targeted effects.

Protein biological activity is widely applied in biology due to numerous protein functions.

An important way for protein to play a regulatory role. Furthermore, protein-protein interactions can detect the function of a target protein.

Protein chip, also known as a protein microarray, is a high-throughput method used to track the interactions and activity of proteins and determine their functions [10].

Antibodies are one of the most commonly used laboratory reagents [11]. Unverified antibodies may lead to a lack of repeatability, which can waste time and money. Therefore, antibody validation is very important. Antibody validation is a method to verify specificity (the capacity of an antibody to distinguish between different antigens), prove affinity (the strength of an antibody binding to an epitope), test whether antibodies can achieve acceptable results in specific applications [12].

Active collagen has a strong permeability to the skin. It can combine with skin epithelial cells through the cuticle, participate in and improve the metabolism of skin cells, and enhance the activity of collagen in the skin. It also can maintain the integrity of cuticle moisture and fiber structure, improve the living environment of skin cells and promote the metabolism of skin tissues, promote blood circulation, and achieve the goal of moisturizing the skin.