Multiple Myeloma, One of High-Risk Factors for COVID-19

Accumulating studies have reported that among the people who face the greatest harm from COVID-19 (the disease caused by the SARS-CoV-2) are people with cancer [1]. And among those who have cancer, blood cancers like multiple myeloma may pose the most risk for both catching COVID-19 and getting seriously ill [2].

1. What is Multiple Myeloma?

2. How does Multiple Myeloma Develop?

3. What are the Signaling Pathways Affected in Multiple Myeloma?

4. What are the Risk Factors of Multiple Myeloma？

5. What are the Symptoms of Multiple Myeloma?

6. How to Diagnose Multiple Myeloma?

7. What are the Treatment of Multiple Myeloma?

1. What is Multiple Myeloma?

Multiple myeloma (MM) is a malignant plasma-cell disorder that accounts for approximately 1% of neoplastic diseases and 10% of all hematologic cancers [3] [4]. MM is characterized by clonal proliferation of malignant plasma cells in the bone marrow microenvironment, monoclonal protein in the blood or urine, and associated organ dysfunction [4]. It usually evolves from an asymptomatic premalignant stage of clonal plasma cell proliferation, referred to as “monoclonal gammopathy of undetermined significance” (MGUS). MGUS is present in more than 3% of the population above the age of 50 and progresses to myeloma or related malignancy at a rate of 1% per year [5] [6].

2. How does Multiple Myeloma Develop?

In multiple myeloma, plasma cells become cancerous and begin dividing rapidly. As a result, the malignant cells soon crowd out the healthy cells. These cancer cells can spread from marrow and invade the hard outer part of the bone. There, the cells clump to form tumors. When many tumors develop, this type of cancer is called multiple myeloma. 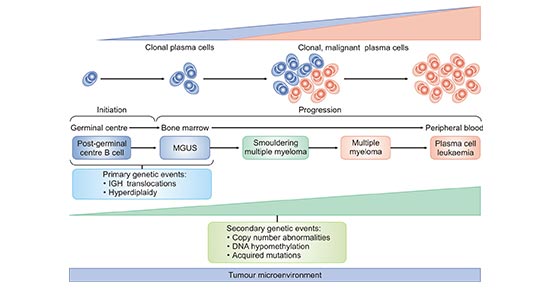 Figure 1. The Development of Multiple Myeloma

*this diagram is derived from publication on Nature Reviews [7].

3. What are the Signaling Pathways Affected in Multiple Myeloma?

*this diagram is derived from publication on Nature Reviews [7].

NF‑κB signaling pathway is a critical pathway in B cells, and this pathway is deregulated in most B cell malignancies. Comparing with some other types of B cell malignancies, multiple myeloma is mostly characterized by the activation of the non-canonical NF‑κB pathway; alterations that affect the activation of this pathway include overexpression of CD40, mutations and deletions of TRAF2 or TRAF3 and mutations in NFKB2 (also known as P100), although aberrations that affect the canonical pathway have also been described, such as CYLD mutations. Signaling in the canonical pathways occurs through several receptors, including B cell receptor, Toll-like receptors and tumour necrosis factor receptor (TNFR).

Furthermore, for the non-canonical pathway, multiple receptors are involved including CD40 (also known as TNFRSF5), lymphotoxin-β receptor (also known as TNFRSF3) and also TNFR. Several genetic alterations indicate an important role for cell cycle deregulation in multiple myeloma, including overexpression of CKS1B, deletion and/or mutation of TP53 and frequent deletion of RB1. Other pathways of interest are the interaction with multiple myeloma cells and the microenvironment through overexpression of MAF oncogenes.

4. What are the Risk Factors of Multiple Myeloma？

5. What are the Symptoms of Multiple Myeloma?

Multiple myeloma destroys the bone as it grows. High levels of calcium are circulated in the bloodstream as a result, which can subsequently lead to kidney damage. Some forms of multiple myeloma may be asymptomatic, but most cases show any, or all of the four characteristic symptoms, including:

Hypercalcemia: Increased levels of calcium in the blood leads to extreme thirst, loss of appetite, nausea, confusion and constipation.

Bone problems: Injuries, lesions and pain in the pelvis, back and ribs.

The patients with multiple myeloma have weak immune system and high risk to be infected.

6. How to Diagnose Multiple Myeloma?

The following tests are usually used to diagnose multiple myeloma:

7. What are the Treatment of Multiple Myeloma?