How to Choose? Polyclonal, Monoclonal, or Recombinant Antibody?

With the rapid development of life science, researches on protein significantly mount, highlighting the prominent roles of antibodies in experiments. Facing the diverse and complex antibody reagent market, it is particularly important to choose an antibody suitable for the experiment. When you are preparing to buy antibodies, many factors need to be considered. For example, what the purpose of your experiment is, and can this antibody be used in the intended experimental application? Is this antibody suitable for the cells or tissues in the experiment?

If you are studying a monoclonal, polyclonal, or recombinant antibody against the same target, how should you choose? What are the differences between them? Is one better than the other, or are they all designed for different purposes? These questions are complicated but definitely worth asking.

In this article, we will emphatically introduce these three antibodies and differences among them.

4. Advantages and Disadvantages of Polyclonal, Monoclonal, and Recombinant Antibodies

Polyclonal antibodies (pAbs) are heterogeneous mixtures produced by different B cell lineages in the body, which can recognize multiple different epitopes within the same antigen. Polyclonal production usually includes collecting blood from immunized animals, separating immunoglobulins, and affinity purification to remove non-specific antibody populations [1]. Polyclonal antibody production is most frequently performed in rabbits, but can also be in ungulates (sheep, goat, horse, pig, etc.), rodents, and chickens [2]. Compared with other species, rabbits are easier and less expensive to house and can produce strong immune responses to various antigens, including small molecules and polypeptides with or without post-translational modification. It is quite easy to obtain blood from rabbits.

Traditionally, monoclonal antibody production includes immunizing host animals with target proteins, extracting B cells that can recognize and respond to the antigen, and then fusing the B cells with myeloma cells to form stable immortal hybridoma cells that can continuously generate the target antibody, finally growing hybridoma cell lines in the cell culture supernatant or mouse ascites. Hybridoma technology first devised by Köhler and Milstein [5] requires immunity to produce antibodies and is affected by individual health conditions, immune status, and other factors, resulting in poor consistency and reproducibility of antibodies produced. In addition, animal-derived antibodies often cause immune responses in patients, limiting their use as clinical therapies.

Monoclonal antibodies have strong specificity but show low affinity and sensitivity. They are suitable for detecting antigens with relatively high expression levels. Since monoclonal antibodies can bind to cell-specific antigens and target these cells to destroy or neutralize any harmful effects they may have on the body, they have become effective treatments for cancer [6] [7], various autoimmune disorders, and other diseases. Monoclonal antibodies are widely used in biomedical research and medicine to combat, diagnose and research diseases, and to develop and test new drugs. The Food and Drug Administration (FDA) has approved several monoclonal antibodies for therapeutic use, and hundreds of them are undergoing clinical trials in various stages.

Monoclonal antibodies can be used to analyze the fine structure of antigens and test the unknown structural relationships between antigens and antibodies. Antibodies targeting specific molecules in complex biological mixtures can be used to isolate, analyze, and purify the specific molecular antigen. Monoclonal antibody reagents can be used for clinical diagnosis and therapy, including antibody-drug conjugates [8] and vaccines against emerging infectious diseases [9]. 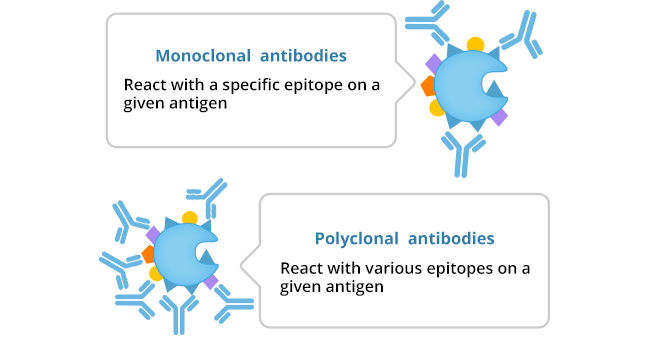 4. Advantages and Disadvantages of Polyclonal, Monoclonal, and Recombinant Antibodies

With the rapid development of antibody preparation technology, polyclonal, monoclonal, and recombinant antibodies appear successively. Each type of antibody has its own unique advantages, as well as unavoidable disadvantages. Therefore, some experiments use several antibodies in tandem to exploit their respective strengths to achieve better experimental results. The following table lists the advantages and disadvantages of the three antibodies in different aspects.

Of course, when you are preparing to purchase an antibody, in addition to considering the type of antibody, host source, purity, immunogen, reactive species, markers, experimental verification applications, and supporting data are also necessary reference factors. A suitable antibody can help you get an ideal experimental result. 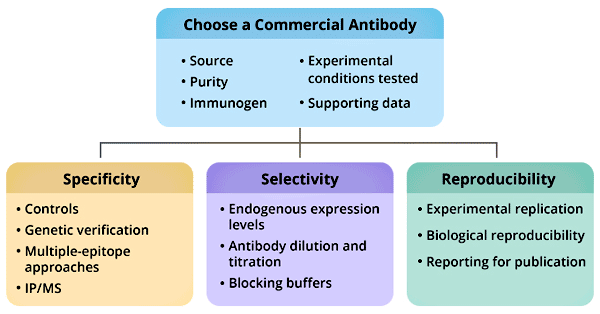 Figure 2: How to choose a commercial antibody

*The picture is cited from https://www.ncbi.nlm.nih.gov/pmc/articles/PMC6983856/