When it comes to tuberculosis, the first thing that comes to mind may be "Sister Lin" in the "A Dream in Red Mansions", or perhaps it is Lin Huiyin, the goddess of the Republic of China who is both talented and beautiful. At that time, " turn pale at the mention of tuberculosis" seems to have become history, tuberculosis seems to have gradually come out of people's vision, but is it really so?

3. What is Mycobacterium tuberculosis?

5. The pathogenic mechanism of tuberculosis

Tuberculosis(TB) is a common and fatal chronic infectious disease caused by Mycobacterium tuberculosis(Mtb). As M. tuberculosis is very small, it can infect almost all tissues and organs of the human body, and more than 80% of the TB infection is in the lungs, causing TB. In recorded history, TB seems to be thought of as a disease by poets and romantics[1], but it is not. Because TB is mainly transmitted through the respiratory tract, which means that no matter where you live, no matter you are a poet, singer or architect, as long as you still need to breathe, there is a risk of infection, which is why it is known as the world's number one infectious disease "killer".

The emergence of drug-resistant TB is another setback to the human war against the disease. The so-called drug-resistant TB refers to the patient's infection of M.tuberculosis to one or more than one kind of anti-TB drugs produced resistance, ordinary drugs can no longer kill it, and the medical profession also will drug-resistant TB as "infectious cancer".

Therefore, the development of new anti-TB drugs, especially anti-drug-resistant TB drugs, has become an urgent task for all mankind.


3. What is Mycobacterium tuberculosis?

M. tuberculosis is also called acid-fast bacillus, because smear staining is anti-acidic. M. tuberculosis belongs to aerobic bacteria, grows slowly, and has strong resistance to the outside world. M. tuberculosis that is dried in the shade can maintain virulence for 1 to 2 years, but is easily killed by direct sunlight or ultraviolet ray. M. tuberculosis is divided into human type, bovine type, bird type, rat type, but the main cause of human disease is human type.

M. tuberculosis is a slender, slightly curved bacillus with the size of 1~4 × 0.4 μm, without spore or flagellum. Mycobacterium bovis is thick and short. The bacterial cell wall lipid content of M. tuberculosis is high, accounting for about 60% of the dry weight, and a large amount of mycolic acid is surrounded on the outside of the peptidoglycan layer, which can affect the penetration of dyes. 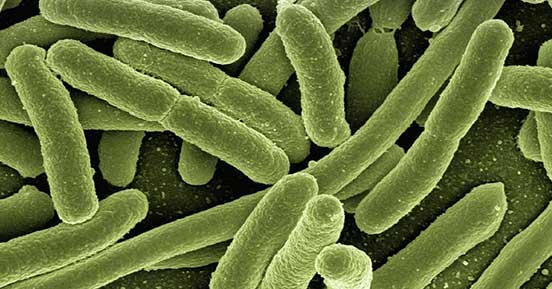 Figure 1. The morphology of Mycobacterium tuberculosis.

The pathogenicity of M. tuberculosis is derived from the cell membrane components of M. tuberculosis, including lipids, proteins, and polysaccharides. Lipids mainly included phospholipids, cerebroside sulfate, cord factor and waxy D, of which waxy D could cause a hypersensitivity reaction. Proteins mainly include tuberculin (which binds to waxy D causing hypersensitivity) and Mycobacterial auxin. Polysaccharides can bind to CR3, which helps bacterial adhesion and invasion to inhibit the fusion of phagocytes and lysosomes, causing local focal cell infiltration and inhibiting the expression of MHCII class II molecules in macrophages.


5. The pathogenic mechanism of tuberculosis

M. tuberculosis infection of the host triggers a series of innate and adaptive immune responses, whose complex and diverse interactions with the host as well as the host's own immunity-related genes and susceptibility provide the basis for the pathogenesis of TB. The figure 2 illustrates the pathogenic life cycle of M. tuberculosis. Respiratory tract infections are the most common. First, patients with TB discharge a large number of "droplet nuclei" with bacteria from the respiratory tract, which can be inhaled by normal people to cause infection. The droplet with bacteria of less than 5μm in diameter can exceed the mucociliary defense of the respiratory tract and enter the alveolar, so it has strong pathogenicity. The M. tuberculosis reaches the alveoli then chemotactic and attract macrophages and are swallowed by them. Before the establishment of effective cellular immunity, due to the limited ability of macrophages to kill it, M. tuberculosis propagates in cells, causing local inflammation and at the same time systemic hematogenous dissemination, which becomes the root cause of extrapulmonary TB in the future. It generally takes 4 to 7 weeks for the host to produce specific cellular immunity to M. tuberculosis and to develop a granulomatous inflammatory response that destroys bacteria, which is specifically manifested clinically as a positive skin tuberculin test.

In fact, the immune response and allergy to TB often occur simultaneously and concomitantly. The occurrence of allergic reaction indicates that the organism has acquired immunity and developed resistance to pathogenic bacteria. However, allergic reactions often occur with caseous necrosis in an attempt to destroy and kill M. tuberculosis. Although sensitized individuals mobilize the body in a defensive response faster than non-sensitized individuals, tissue necrosis is also more pronounced.

At present, the treatments for TB mainly include medication and surgery. Drug treatment can shorten the infectious period and reduce the mortality, infection rate and morbidity. Reasonable anti-TB chemotherapy needs to follow the principles of early stage, application, appropriate amount, regularity and the use of sensitive drugs in the whole process. Drug treatment plays a decisive role in the control of TB, and we will mainly introduce it in the following sections.

Anti-TB drugs were divided into first-line anti-TB drugs and second-line anti-TB drugs according to their antibacterial efficacy and adverse reactions (see Table 1). First-line anti-TB drugs are the first choice for the treatment of pulmonary TB, mainly including Isoniazid, Rifampicin, Pyrazinamide, Ethambutol and Streptomycin. These drugs have the following characteristics: fewer side effects, longer half-life, effective killing of M. tuberculosis, strong antibacterial activity and relatively good therapeutic effect. Commonly used second-line anti-TB drugs include Kanamycin, Para-aminobenzoic acid, and Amikacin. These drugs usually have small antibacterial effects and large toxic and side effects. At present, the treatment of drug-sensitive TB often needs the combination of more than four drugs, and when the efficacy of the first-line drugs is not significant, it is supplemented by second-line drugs. However, the current clinical treatment scheme for TB has many shortcomings, such as the long course of treatment prone to drug resistance, serious adverse reactions, fewer varieties, etc. Therefore, the development of high efficiency and low toxicity, cheaper price, shorter course of treatment of anti-TB drugs, is the goal that the scientific workers who strive in the field of clinical treatment of TB have been pursuing. The discovery of drug action targets will lay a theoretical foundation for the development of new anti-TB drugs.

Many candidate anti-TB drugs with novel action mechanisms are at different preclinical or clinical research stages. The following table summarizes the latest clinical status and action targets of some new drugs under development [2].

In recent years, great progress has been made in the research and development of new anti-TB drugs. Because these new drugs act on different new targets, they show good anti-TB activity, improve the cure rate of multi-drug-resistant and extensively drug-resistant TB patients, and significantly reduce the total mortality. However, some new drugs are more toxic than existing anti-TB drugs. Obviously, rational and efficient implementation of new drug programs will overcome the "barrier" of drug-resistant TB and provide strong support for the global goal of eliminating TB [3].