What is the difference between a primary antibody and a secondary antibody? This is a frequently asked question by green hands in the laboratory. Here we will answer this question from five angles: binding capability, use & label, source, clonality, and pre-adsorption. 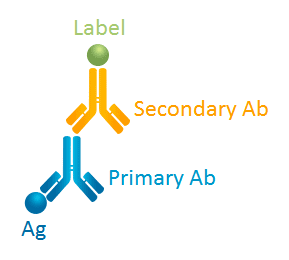 Now, you may get a better understanding of the difference between primary antibodies and secondary antibodies and will find it easier to select the right antibodies for your experiments. Choosing the right antibody is never an easy task. If you've chosen an antibody that is unsuitable for your experiment, you may waste money, time, and precious samples. To simplify the selection of antibody, you can continue to read another article on our site: How to Choose an Antibody for Scientific Research?