NKG2D, an activated receptor expressed on the surface of human natural killer cells (NKs), CD56+ and CD8+ T cells, plays an important role in innate immunity, participating in the recognition of virus-infected cells and the killing of tumor cells by NKs. In November 2020, Nkarta Therapeutics, a clinical phase biopharmaceutical company, announced that it has completed the first patient delivery of NKX101 in Phase I clinical trial. NKX101 is the first "universal" CAR-NK cell therapy developed by Nkarta targeting NKG2D. For the treatment of relapsed/refractory acute myeloid leukemia (AML) or high-risk myelodysplastic syndrome (MDS). This is not the first time that NKG2D has been used in a cell therapy. In 2018, CYAD-01 from Celyad, also known as CAR-T NKG2D, reached a major milestone in the evaluation of metastatic colorectal cancer. Moreover, patients with r/r AML treated with NKG2D-CAR-T achieved a complete remission. So what exactly is NKG2D? What is its biological role?

1. What is the Structure of NKG2D?

5. The Clinic Research of NKG2D

6. What Reagents You May Need for NKG2D-Targeted Research?

1. What is the Structure of NKG2D?

NKG2D gene, located in the NK gene complex (NKC), was discovered in 1991 during the screening of dominant expression genes in human NK cells, along with NKG2A, NKG2C and NKG2E. All the molecules encoded by NKG2 gene are expressed on the cell membrane, belonging to type II transmembrane receptor, and their sequence is similar to that of type C lectin. The NKG2D gene is located in the NK complex of human chromosome 12p12-12p13 or mouse chromosome 4 (Figure 1) [1]. 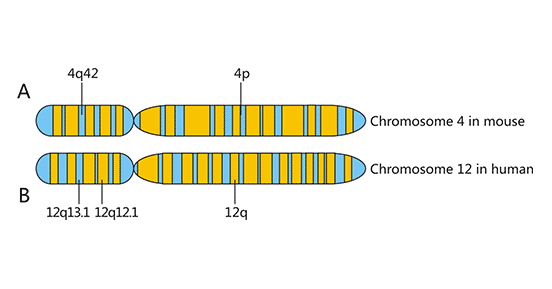 NKG2D protein is a 42 KDa protein encoded by KLRK1 gene and has functional single nucleotide polymorphisms (SNPs) [2]. KLRK1 gene is 37,793 bases of length and located at 10416219-10454012 bp of the negative strand of chromosome 12. According to the ENTREZ database, it contains 12 exons. Synonymous and non-synonymous substitutions of two nucleotide sites were found in three alleles of human KLRK1, which may be greatly limited polymorphisms. Limited polymorphism of KLRK1 homolog has also been demonstrated in mice. Homologues of KLRK1 is present in all mammalian and marsupial genomes and have been highly conserved during evolution (Figure 2). As an active receptor, NKG2D can be expressed in human and mouse NK cells, CD8+T cells, and other immunoactive cells, but is not normally expressed in CD4+T cells [3]. 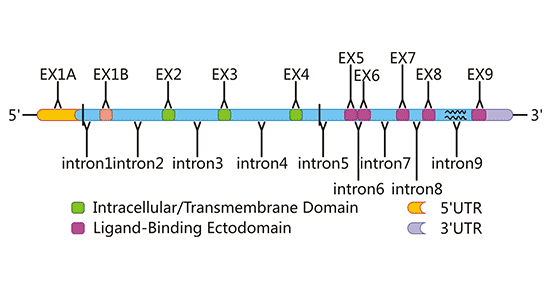 Unlike other NKG2 receptors, NKG2D possesses a variety of ligands, including human MHC-I class chain associated molecules (MICA and MICB) and human UL16-binding proteins (ULBPs, also known as human RAET1). Most NKG2D ligands are multi-fragment transmembrane proteins, but some RAET1 proteins lack transmembrane structure and are anchored to the cell membrane by glycosyl phosphatidylinositol.

Human MHC-I chain related molecules (MIC) are located in the MHC class I gene region on the short arm of human chromosome 6. MICA and MICB can be transcribed in seven MIC gene members (MICA-MICG), while MICC, MICD, MICE and MICG are pseudogenes. The coding regions of MICA and MICB have more than 90% homologous sequences. MIC has three extracellular domains, one transmembrane domain and one carboxyl cytoplasmic domain, a1, a2 and a3. Significantly different from classical MHCI class molecules, MIC molecules do not bind to β2 microglobulins. In normal condition, the distribution of MIC was limited to gastrointestinal epithelium, endothelial cells and fibroblasts. But the expression of MIC was found in infection, tumor and organ transplant recipient tissue cells. Several studies have confirmed the production of MIC in many epithelial-derived tumors, such as breast cancer, lung cancer, ovarian cancer, colon cancer, glioma and melanoma, and MIC is considered as a tumor-related antigen [4] [5].

UL16 protein is a transmembrane glycoprotein expressed in human cytomegalovirus infected cells. Cosman et al. used UL16-Fc fusion protein to discover two UL16-binding proteins, named ULBP1 and ULBP2 [6]. ULBP is a class of human cell surface molecules. Up to now, four ULBP molecules have been found. Different ULBP molecules have the same amino acid sequence of 50% ~ 60%, and about 25% homology with MIC and MHC-I molecules. All ULBP structures contain MHC class I molecular-like A1 and A2 domains, but lack immunoglobulin-like A3 domains and do not bind to β2 microglobulins. ULBP1, ULBP2 and ULBP3 are GPI connexins, while ULBP4 is a transmembrane protein [7] [8] [9]. Compared with MIC, ULBP was more widely expressed in a variety of normal tissues and tumors. ULBP plays an important role in the process of virus infection and human cytomegalovirus escape from immune surveillance [10].

NKG2D is not a typical member of the NKC2 family, and has only 21% homology with other members (NKG2A, NKG2C and NKG2E), showing significant differences in structure and function. The protein sequences of NKG2A, NKG2C and NKG2E are very similar, they form heterodimer with CD94 on the cell surface, and mediate the killing activity of NK cells by recognizing the "missing self", that is, the "missing" recognition of its major histocompatibility complex MHC-I molecules. NKG2D does not bind to CD94, but is expressed on the cell surface as a homologous dimer. In addition, the signal transduction mode of NKG2D is also different. The cytoplasmic region of NKG2D has no signal transduction function, and the transmembrane region binds to the homologous dimer of the transmembrane protein DAP10. As an important activation receptor, NKG2D can specifically bind DAP10 by inducing fit theory, and then induce phosphorylation [11]. DAP10 does not contain the immune receptor tyrosine activated motif ITAM, but contains the yXXM motif. After NKG2D binds to ligand, the charged amino acid residues in the transmembrane (TM) region of the NKG2D homologous dimer are linked to the TM residues of one single DAP10 via the two salt bridges so as to form a hexamer structure (Figure 3). Then, YxxM motif in cytoplasm is phosphorylated, and activates the downstream phosphoinositol 3 kinase (PI3K) signaling pathway to transmit activation signals. NKG2D produced signals that directly activated NK cells and acted as a synergistic stimulus signal to promote the activation of αβ T cells and γδ T cells and enhance their killing effects. 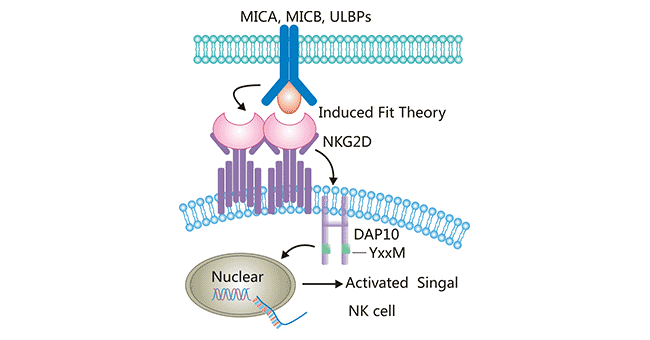 Figure 3. The interaction between NKG2D and its ligands

As mentioned before, the biological function of NKG2D is closely related to its ligand. In this section, we focused on the role of NKG2D and its ligands in tumor immunity.

5. The Clinic Research of NKG2D

Currently, drugs/therapies targeting NKG2D are mainly in the early clinical stage, with CAR-T/CAR-NK as the main mechanism of action, and hemoma as the main indication. According to the current clinical results, CAR T therapy is more prevalent. Up to now, there are 11 drugs in development for NKG2D, of which 10 are based on CAR T cell therapy. CAR-NK therapy has an advantage over CAR-T therapy because it has not detected side effects such as cytokine release syndrome and neurotoxicity, which may be due to the fact that NK cells are not prone to excessive cytokine secretion. In addition, CAR-NK does not need to be derived from a patient's autoimmune cells, and the lower cost of treatment may make it a significant competitor to CAR-T therapy. In addition to antitumor drugs, Janssen, a subsidiary of Johnson & Johnson, has developed a monoclonal antibody (MAB) targeting the target in autoimmune diseases to reduce inflammation in patients with Crohn's disease by inhibiting the target activity.

5. What Reagents You May Need for NKG2D-Targeted Research?

[10] Roile A, Mousavi-JaziM, Eriksson M,et al. Effects of human cytomegalovirus infection on ligands for the activating NKC2D receptor of NK cells: up-regulation of UL16-binding protein(ULBP)1 and ULBP2 is counteracted by the viral ULI6 protein [J]. Immunol, 2003, 171: 902-908.