The European Society for Medical Oncology (ESMO) Congress 2022 was held in Paris, 9-13 September 2022. As the most influential oncology platform for clinicians and researchers globally, the event brings the new opportunities in the treatment of cancer. The team from Janssen R&D presented a novel target in prostate cancer--TMEFF2. Initial results from a phase I dose escalation study suggested that targeting TMEFF2 with the TMEFF2 x CD3 bispecific antibody (JNJ-70218902) elicited robust T cell-mediated responses in both prostate cancer cells and xenograft models. Besides, a phase 1 dose escalation trial of JNJ-70218902 in patients with mCRPC is currently ongoing (NCT04397276).

Certainly, it is well-documented that TMEFF2 is methylated in numerous cancers such as colon, gastric, and prostate cancer. More importantly, TMEFF2 plays dual roles in promoting or discouraging cancer development, which contributes to a high attention to TMEFF2 among researchers. If so, what do you know of TMEFF2 regarding its function, potential regulatory mechanisms, and future perspectives?

2. How's the Function of TMEFF2 as a Ligand or Receptor?

3. What's the Mechanism of TMEFF2 in Cancers?

4. The Role of TMEFF2 in Cancer Therapy

TMEFF2, as a multidomain protein with EGF-like and FS-like domains, FS-like domains can be associated with Transforming Growth Factor-β Family (TGF-β family), the Vascular endothelial growth factor (VEGF), and platelet-derived growth factor (PDGF); EGF-like domain can be involved in intracellular signaling pathway [2]. The abnormal expression of TMEFF2 has now been demonstrated in a variety of tumors. For example, prostate cancer as well as endometrial cancer, TMEFF2 expression is upregulated, while in gastric, colorectal and pancreatic cancers, hypermethylation of CpG islands in the TMEFF2 promoter region is observed and TMEFF2 expression is downregulated [2-6]. Therefore, TMEFF2 is expected to be a potent tumor or methylation biomarker in various tumors! 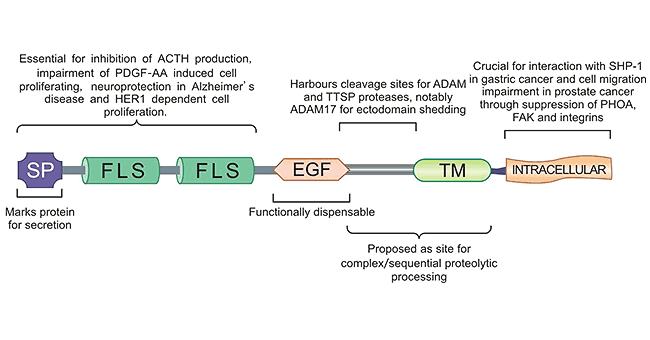 
2. How's the Function of TMEFF2 as a Ligand or Receptor?

Among EGF-like ligands, TMEFF2 has the most phylogenetic similarity to betacellulin that predominantly binds ERBB1 and ERBB4. In colorectal cancer, overexpression of TMEFF2 leads to ERBB4 activation; in prostate cancer, the lack of ERBB4 expression in prostate cancer cell makes stronger binding ability of TMEFF2 to ERBB1 and thus enhances cell growth [5, 7-8].

In addition, Follistatin (FS) module-containing proteins have been previously shown to be able to bind and modulate the function of a variety of growth factors including members of the transforming growth factor beta (TGF-β family, PDGFs, and vascular endothelial growth factor (VEGF). Existing findings suggested that TMEFF2 may function as a low-affinity receptor/co-receptor for PDGFA, which causes a weak activation of ERK1/2. The level of pERK1/2 is slightly up-regulated in TMEFF2 overexpression cells, and is further increased in TMEFF2/PDGFRA co-expressing cells than in PDGFRA overexpressing cells [9].

It has been demonstrated that in glioma, TMEFF2 selectively interacts with PDGFA through its FS-like structural domain and inhibits its receptor activation, thereby regulating the platelet-derived growth factor signaling pathway [10]. It has also been reported that the FS structural domain of TMEFF2 regulates corticotropin-releasing hormone (CRH) in corticotropin cells, inhibiting cyclic adenosine monophosphate (cAMP), a cyclic phosphoglycoside effector element binding protein (CREB), leading to reduced cell proliferation [11]. Taken together, although the biological function of TMEFF2 is not fully understood, as a transmembrane protein, TMEFF2 can play an important biological role in signal transduction by binding to a variety of proteins.


3. What's the Mechanism of TMEFF2 in Cancers?

It is pointed out that full-length TMEFF2, under the action of growth factors, exerts oncogenic effects; however, the extracellular part of TMEFF2 (TMEFF2-ECD) can play a pro-oncogenic role [12-13], when TMEFF2 is cleaved by metalloproteinases (e.g. ADAM9, ADAM17, and ADAM12), transmembrane serine proteases Hepsin/TMPRSS1. Available studies suggest that TMEFF2 regulates Ras/Raf/MAPK/ERK, PKB/Akt, and JAK-STAT, which exerts oncogenic or pro-cancer effects, but its specific regulatory mechanism needs to be further elucidated.

For example, TMEFF2 specifically binds to the platelet-derived growth factor PDGFA and inhibits PDGFA-stimulated fibroblast proliferation, while PDGFA plays an important role in the proliferation, migration, and differentiation of oligodendrocyte precursor cells (OPCs) [2]. In colorectal cancer cells, shedding of TMEFF2-ECD is induced by ADAM17 and is involved in the JAK-STAT signaling pathway [7]. Meanwhile, the oncogenic effect of TMEFF2 in colorectal cancer requires the shedding of TMEFF2-ECD. In prostate cancer, TMEFF2 regulates the expression of integrins such as αvβ3 through the integrin signaling pathway and RhoA activation, inhibiting migration and adhesion of prostate cancer cells. In contrast, TMEFF2-ECD had no effect on integrins [14].

Since integrins induce Akt and ERK phosphorylation, TMEFF2 may also establish a negative feedback loop through its effect on integral protein expression, regulating MAPK and PI3K pathways. In gastric cancer, TMEFF2 inhibits STAT3 signaling pathway through activation of SHP-1 and suppresses the proliferation of gastric cancer cells (Figure 2) [15, 28]. And TMEFF2-ECD induces tyrosine phosphorylation of ERBB4 in tumor cells, which is involved in the cell proliferation and apoptosis. All in all, these data provide significant knowledge on the molecular mechanisms of TMEFF2 action, shedding light on the seemingly conflicting roles of various TMEFF2 forms. 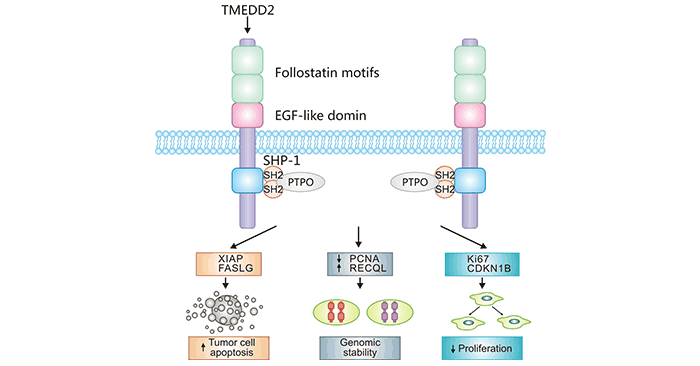 Figure 2. The mechanism of TMEFF2 in gastric cancer [28]


4. The Role of TMEFF2 in Cancer Therapy

Because of TMEFF2 implication in numerous cancers and involvement in diverse functions, TMEFF2 has attracted considerable interest since its identification in 2000 (Figure 3) [2]. TMEFF2 is methylated in numerous cancers, which had an inverse correlation with the stage, response to therapy and survival outcome. Moreover, TMEFF2 methylation increases with breast, colon and gastric cancer progression. In human normal tissues, the expression of TMEFF2 is limited, however, in tumors, the expression of TMEFF2 is differentially up- or down-regulated with dual functions. It has been reported that in colorectal, bladder and gastric cancers, TMEFF2 curbs tumor cell proliferation, enhances apoptosis, but other reports revealed that TMEFF2 plays the opposite role. In particular, in prostate cancer, multifaceted actions were observed. As noted, TMEFF2 plays a dual role in cancer pathogenesis via mediating various signaling pathways, affecting cell proliferation, differentiation, migration and invasion. 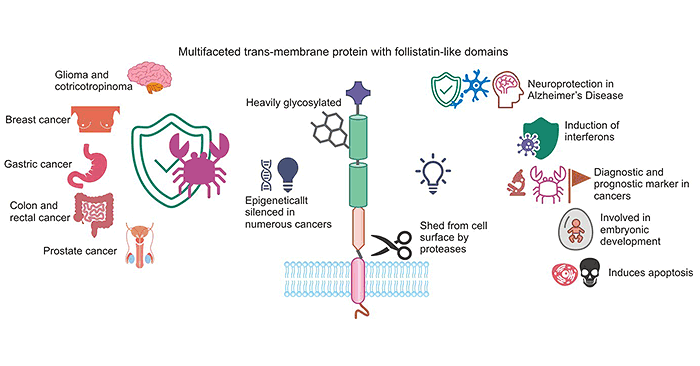 Figure 3. The role of TMEFF2 in cancer therapy [2]

The role of TMEFF2 in prostate cancer is more complex, with the full-length structure of TMEFF2 acting as an oncogene, while TMEFF2-ECD had reverse effects [14, 16]. Using a humanized anti-TMEFF2 ADC (huPr1-vcMMAE), in vivo studies suggest that this drug exhibits a large therapeutic window, demonstrating efficacy at the lowest dose tested and showing no signs of toxicity at the highest dose tested [17]. For prostate cancer patients, TMEFF2-based antibody-drug couples (ADCs) may become a promising targeted therapy.

Colorectal cancer is a common cancer disease that causes serious damage to the intestinal health of patients. TMEFF2 is down-regulated in more than 80% of colorectal cancers and is considered as a colorectal cancer suppressor gene. It has been identified that TMEFF2 showed inhibitory activity against colorectal cancer both in vivo and in vitro. It was further found that TMEFF2 overexpression induced JAK1 and JAK2 activation by binding to cell surface receptors. Activated JAK then induces STAT1 and STAT2 activation through phosphorylation, thereby inhibiting cell growth, proliferation, and promoting tumor cell apoptosis [2, 20].

Current studies have demonstrated that TMEFF2 expression is significantly downregulated in a variety of tumor tissues and cell lines, including pancreatic cancer, bladder cancer, and non-small cell lung cancer [23, 24, 25, 26]. TMEFF2 expression levels are significantly higher in endometrial cancer than in atypical endometrial hyperplasia and normal endometrium, with different mechanisms for its role in different tumor type [3]. For example, in pancreatic cancer cell lines, overexpression of TMEFF2 downregulates phosphorylation of STAT3, myeloid leukemia factor 1 (Mcl1), and vascular endothelial growth factor expression, which in turn inhibits the proliferation of pancreatic cancer cells and promotes their apoptosis [26].

Based on the PharmSnap database, there are three antibody drug developments against TMEFF2 protein: Ciduvectamig; AFC-08; Anti-TenB2 antibody drug conjugates. Ciduvectamig and AFC-08 are both monoclonal antibodies. Clinical information hasn't been disclosed yet. Currently, research on TMEFF2 is at an early stage, but TMEFF2 has great potential as a diagnostic and therapeutic marker for tumors. The tissue distribution of TMEFF2 is expected to be a tool for antibody-coupled therapy for prostate cancer; secondly, the emergence of TMEFF2-ECD, a secretory phenotype, suggests that modulating the cleavage of TMEFF2 may alter its function. Furthermore, in a variety of solid tumors, the TMEFF2 gene often plays an important role in tumor development due to epigenetic silencing caused by hypermethylation. Thus, TMEFF2 has the potential to become a therapeutic and methylation biomarker for a variety of tumors.

To fully support researchers and pharmaceutical companies in their research on TMEFF2 based drug research in prostate cancer and others, CUSABIO presents TMEFF2 protein products (Code: CSB-MP883439HU) to assist you in your research on TMEFF2 mechanism or its potential clinical value. 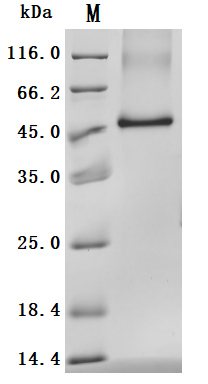 The purity was greater than 95% as determined by SDS-PAGE. 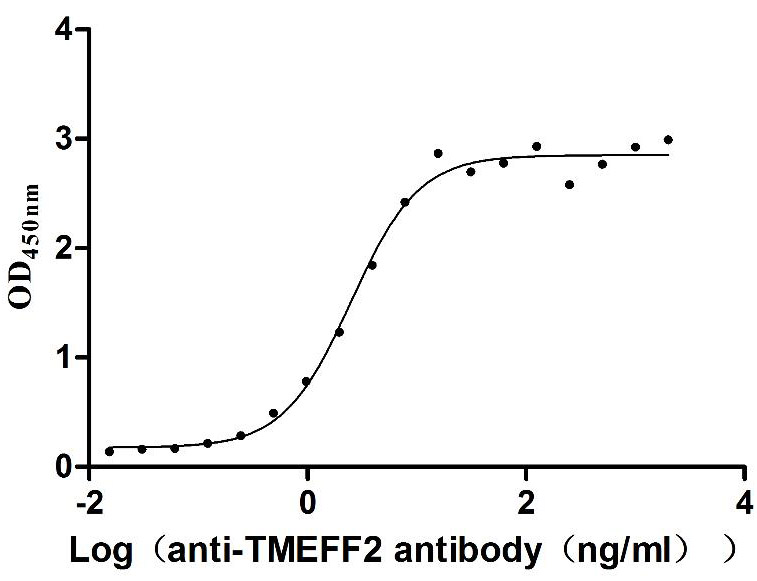 [9] Huang, Hao, et al. "Tmeff2 is expressed in differentiating oligodendrocytes but dispensable for their differentiation in vivo." Scientific reports 7.1 (2017): 1-8.

[22] He, Qiong, et al. "Development of a multiplex MethyLight assay for the detection of multigene methylation in human colorectal cancer." Cancer genetics and cytogenetics 202.1 (2010): 1-10.

[24] Mankovska, O., et al. "Detection of methylation of VIM, TMEFF2 and GDF15 in the urine of patients with bladder cancer in Ukrainian population. "NaUKMA Research Papers. biology and Ecology (2016).