Aquaporin (AQPs) is a kind of membrane protein, which widely exists in prokaryotic and eukaryotic cell membranes and has the characteristics of highly selective transport of water molecules. In addition, AQP is also involved in various physiological and pathological processes of the body, including cell proliferation, apoptosis, migration, phagocytosis and nerve signal transduction.


The Discovery of Aquaporins

At present, A total of 13 AQP have been found in human bodies, which are AQP0-AQP12, belonging to the major intrinsic protein (MIP) family, composed of 250 ~ 295 amino acids.

Aquaporins found in mammals can be divided into three subfamilies based on differences in gene structure and transport function.

The third subfamily is known as the superaquaporins, including AQP 11 and AQP 12.

AQP1 is a glycoprotein. Its primary structure is a single peptide chain that spans the membrane 6 times. The amino and hydroxyl terminals are all located in the cell, and it contains 3 extracellular rings (A, C, E) and 2 intracellular rings (B, D). B ring and E ring are hydrophobic, and any variation will cause the decrease of the activity of aquaporin. The asparagine-valine-alanine (NPA) motifs located on the B and E rings are a common feature of members of the AQP family.

The tertiary structure of aquaporin is the "hourglass" model proposed by Jung et al. The hydrophobic B ring and E ring are located in and outside the cell respectively, and fold into the membrane lipid bilayer. The two NPAs are folded to form a single water channel, each of which is approximately a water molecule in size. The concentrated electrostatic field around the NPA prevents the passage of charged protons and other ions. Figure 1 The structure of the AQP

Kidney: The reabsorption of water by the kidneys is mainly mediated by AQP, which in turn completes the urine concentration process. The AQP types in the kidney are mainly AQP1-4, AQP6-8 and AQP11.

In addition, aquaporins are also distributed in the skin system and musculoskeletal system.


The Function of the AQP

With the isolation and identification of a large number of aquaporins, aquaporins have been found to be not only water-selective channel proteins, but also many other physiological and biochemical functions, and are a class of multifunctional proteins. The new functions of different members are mainly related to the cells they are located in.

AQP plays an important role in the pathogenesis of many diseases and can be used as a new target for pharmacological treatment.

CUSABIO provides the products you need for your research. At present, we can produce aquaporin-related proteins, antibodies and kit products. 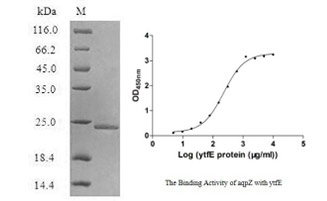 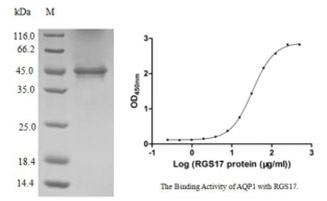 
Aquaporin related proteins for your research

Aquaporin related antibodies for your research