What are Chemokine receptors? 
What are the function and types of chemokine receptors?

Chemokine‐bound cCKRs typically transduce signals through pertussis toxin‐sensitive Gαi G‐proteins and β‐arrestins, ultimately leading to cell migration, adhesion and/or a variety of other biological responses. There are currently 18 cCKRs named according to the predominant type of chemokine they bind (i.e., CC, CXC, CX3C, or XC), followed by the letter R (denoting 'receptor'), and then a number reflecting the order of their discovery. Atypical chemokine receptors, of which there are four, are structurally related to cCKRs but do not couple to many, if any, of the signal transduction pathways activated by cCKRs. These members are as follows:

If you want to obtain more information about chemokine receptors, you can click to read the article entilted Chemokine Receptors-One Kind of Powerful Seven Transmembrane Spanning G Protein-coupled Receptor. 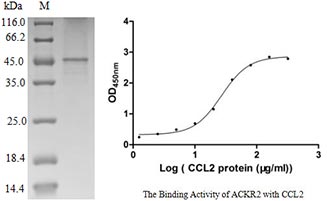 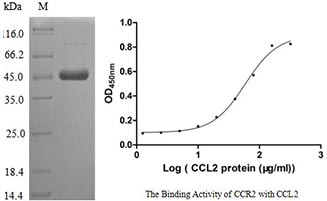