The Collection of Progress of Anti-GPCR Antibody Drugs

As mentioned in the article entitled "G protein-Coupled Receptor - Targets for Drug Therapy", GPCRs is an important drug target, and currently about 40% of the marketed drugs are designed based on GPCRs. About 34% of drug targets approved by the food and drug administration (FDA) are members of this family. There are about 370 GPCRs that can become drug targets. Currently, statistics from GproteinDb (The G protein database) have reported that a total of 476 GPCR drugs approved by the FDA includes 92% small molecule drugs, 5% polypeptide drugs, 2% are protein drugs. As the Figure 1 shows, the drugs targeting GPCR and approved are mainly small molecule drugs, and the anti-GPCR antibody drugs are mostly in trial. So why are there so few anti-GPCR antibody drugs? And how are the anti-GPCR antibody drugs currently under development? 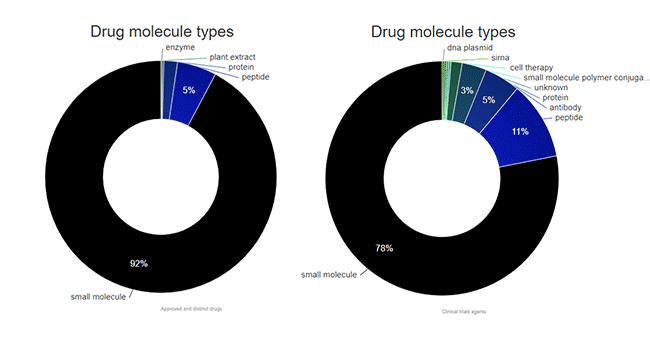 Figure 1. The types of targeting-GPCR drugs approved by FDA and in trail

1. Why are There So Few Anti-GPCR Antibody Drugs?

1. Why are There So Few Anti-GPCR Antibody Drugs?

The fundamental reason for the lack of antibody drugs targeting GPCRs is the difficulty of development. First, the preparation of GPCR antigens is difficult (CUSABIO three technology platforms fuel transmembrane proteins development: virus like particles (VLPs), detergent micelle and nanodisc platforms). Secondly, GPCR antibody screening methods also need to be designed according to specific targets, and cannot be simply screened on the basis of affinity. In addition, the method for functional identification of GPCR antibodies is not perfect. In recent years, with the development of transmembrane protein expression technology, the continuous deepening of GPCR structure and function research and the continuous maturity of GPCR antibody screening methods, more and more GPCR drug research and development are trying to use protein antibodies.

Erenumab, also called AMG-334, is a human monoclonal antibody that has been designed to bind specifically to the calcitonin gene-related peptide (CGRP) receptor (CGRPR) and antagonize the CGRP receptor. CGRP ligands are small neuropeptides with potent vasodilatory effects in chronic pain and migraine conditions. When competing with CGRP, erenumab has advantages over small-molecule drugs with specificity and potency. This antibody is indicated for the treatment of migraine, vasomotor symptoms, hot flashes and stable angina.

The monoclonal antibody was first approved in the United States and the European Union in May and July 2018, respectively; in September of the same year, the FDA approved two new migraine-targeting drugs, Teva's Ajovy (fremanezumab) and Eli Lilly&Co's Emgality (galcanezumab). Notably, Ajovy and Emgality both target CGRP, while Erenumab targets CGRPR. In addition, in 2020, the anti-CGRP monoclonal antibody drug (Eptinezumab) developed by Alder Biopharmaceuticals Inc was approved in the United States. Anti-CGRP monoclonal antibodies and CGRPR antagonists are the latest treatments for migraine.

Mogamulizumab is an anti-CC chemokine receptor 4 (CCR4) monoclonal was first approved in Japan in 2012, the trade name is Poteligeo, and it was approved by the FDA in 2018. Mogamulizumab selectively binds to and inhibits the activity of CCR4, which may block CCR4-mediated signal transduction pathways, chemokine-mediated cellular migration and proliferation of T cells, as well as chemokine-mediated angiogenesis. Additionally, this agent may induce antibody-dependent cell-mediated cytotoxicity (ADCC) against CCR4-positive T cells.

Ulocuplumab, also known as BMS-936564, is a CXCR4-specific fully human IgG4 (S224P) monoclonal antibody. CXCR4 is not only expressed on leukocytes, platelets and other non-hematopoietic cells that make up the tumor stromal microenvironment, but is also over-expressed in most human cancers. And together with its endogenous ligand CXCL12 plays a fundamental role in cancer pathogenesis involving proliferation, adhesion, metastasis, angiogenesis and survival. Ulocuplumab has been shown in patients with various hematological malignancies, including acute myeloid leukemia (AML), multiple myeloma (MM), chronic lymphocytic leukemia (CLL), follicular lymphoma (FL). Among of them, diffuse large B-cell lymphoma was evaluated in two Phase I clinical trials in subjects with primary tumor (DLBCL) and showed encouraging results. The antibody is now in Phase 2 clinical development for Waldenstrom's macroglobulinemia.

Glutazumab, also known as GMA102 or GMA105, is a novel long-acting anti-GLP-1R humanized antibody fused to a GLP-1 fragment for T2D and obesity by targeting the binding site of dual receptors to exert an antidiabetic effect. This antibody proposes an alternative targeting strategy that binds the function conferred by the antibody through fusion of a peptidyl ligand, and such a structure exhibits superior safety and tolerability over comparable GLP1 analogs.

Avdoralimab, also known as IPH-5401, is a monoclonal antibody that specifically binds to C5AR1 expressed on myeloid-derived suppressor cells (MDSCs) and neutrophils, blocking the binding of C5a to C5aR1. This drug is Initially in clinical development in Australia for rheumatoid arthritis. But now IPH-5401 is undergoing a combined phase 1/2 study (NCT03665129) and the checkpoint inhibitor durvalumab (anti-PD-L1) under the background of immuno-oncology in selected solid tumors (NSCLC, HCC, RCC, urinary epithelial cell carcinoma). Antagonism of this monoclonal antibody blocks MDSCs in the TME, thereby enhancing CD8 T cell infiltration and function.

Volagidemab, also known as REMD-477, is a human anti-glucagon receptor antibody for juvenile type 1 diabetes (T1D) and type 2 diabetes (T2D). Its mechanism of action is to increase hepatic glucose uptake by blocking glucagon receptor (GCGR) signaling, then, reducing hepatic glycogenolysis and gluconeogenesis, and promoting glycogen synthesis to achieve hypoglycemic effect. As of March 2021, this drug has a number of experimental projects under research, among which the research and development of type 1 diabetes and type 2 diabetes is in clinical phase II, the research on glucose intolerance is in clinical phase I, and the research on metabolic disorders is In preclinical stage.

In addition, some are in clinical phase I and preclinical projects.