What You Have To Know about Lung Cancer

Lung cancer is the leading cause of cancer deaths in both men and women in the U.S. and worldwide. It claims more lives each year than do colon, prostate, ovarian and breast cancers combined, and the cause of lung cancer is still not completely clear. For this reason, the pathogenesis and treatment of lung cancer has always been the focus of research by researchers. Here, combining with the latest research data, we discuss the lung cancer from six aspects as follows:

2. The Symptoms of Lung Cancer

Lung cancer is a malignant tumor that begins in the lungs. Our lungs are two spongy organs in your chest that take in oxygen when you inhale and release carbon dioxide when you exhale. Clinically, lung cancer, also called primary bronchogenic carcinoma, is a type of cancer that originates in the bronchi and alveoli. As the figure 1 shows: 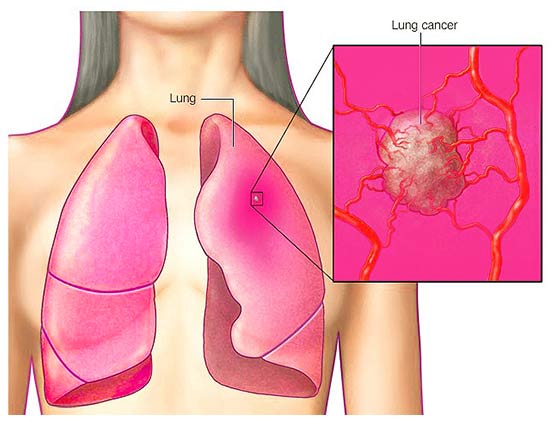 Figure 1. Lung cancer begins in the cells of your lungs

Generally speaking, the symptoms of lung cancer include cough, blood in the sputum, chest pain, hoarseness, shortness of breath and fever.

Cough is the most common symptom, which accounts for 35% to 75% in the lung cancer patients as the first symptom. Cough mainly manifests as repeated irritating cough, dry cough without sputum or only a small amount of white foamy sputum, and general cough medicine is difficult to control.

If the tumor grows in the thin bronchial mucosa below the segment, the cough is not obvious. But for patients with smoking or chronic bronchitis, if the degree of cough is aggravated, the frequency is changed, and the cough properties change, such as high-pitched metal tones, especially in the elderly, the possibility of lung cancer is highly alert.

Blood or hemoptysis in the sputum is also a common symptom of lung cancer, which accounts for about 30% of the first symptoms. Due to the rich blood supply of the tumor tissue, the blood vessels rupture and cause bleeding during the cough. Moreover, the hemoptysis may also be caused by local necrosis or vasculitis. The hemoptysis of lung cancer is characterized by discontinuity or persistence.

About 25% of patients with lung cancer who have chest pain as the first symptom. Chest pain often manifests as irregular pain or dull pain in the chest. In most cases, chest pain is caused by infection or tumor invasion of the chest wall.

Hoarseness is the most important and dangerous signs of the lung cancer. It indicates that cancer is advanced.

Shortness of breath is usually caused by pleural effusion caused by tumor obstruction of the trachea or tumor.

The fever is usually around 38℃, mostly in the afternoon and evening. If anti-infective treatment is used, the body temperature will drop, but it may have a fever again soon.

The proliferation and expansion of NSCLC and SCLC are completely different, and the treatment measures are different.

3.1 The Feature of NSCLC

Based on different cell morphology, NSCLC can be divided into three subtypes, including adenocarcinoma, squamous cell carcinoma and large cell carcinoma.

Adenocarcinoma, among the three subtypes, accounts for 40% of all lung cancer types, accounting for about 55% of non-small cell lung cancer. The tumors often occupy a place in the surrounding area of the lungs.

In this subtype of NSCLC, the more common mutant genes are EGFR, ALK, c-Met, ROS1, HER2, KRAS, etc., and are currently the most targeted cancer drugs. The drugs that can be used for EGFR gene mutation include gefitinib, erlotinib, and ectinib; the target drugs for ALK mutation include crizotinib, ceritinib, and erlotinib.

Squamous cell carcinoma is a common subtype of smoking. It is more common in male patients, often originates from a larger airway. Therefore it tends to occupy a central position in the lungs.

It appears as a highly undifferentiated or immature large cell through the microscope, and can occupy any part of the lungs without the tendency to be surrounded or centered. Currently, there is no particularly effective targeted drug for large cell lung cancer.

SCLC can observe very small cells under the microscope, and the shape of the cells is spindle-shaped or polygonal. It accounts for about 15% of the total number of lung cancers and has a high degree of malignancy and limited treatment.

It grows and spreads faster than non-small lung cancer, and tends to metastasize early in the disease. Most patients have already metastasized at the time of diagnosis. In addition, small cell lung cancer tends to occupy a large airway, so it is generally located in the center of the lung.

Although the pathogenesis mechanism of lung cancer is still not completely clear, we refer to the research data and pathway from KEGG and summarize several lung cancer related signaling pathways.

Molecular mechanisms altered in NSCLC include activation of oncogenes, such as K-RAS, EGFR and EML4-ALK, and inactivation of tumor-suppressor genes, such as p53, p16INK4a, RAR-beta, and RASSF1. Point mutations within the K-RAS gene inactivate GTPase activity and the p21-RAS protein continuously transmits growth signals to the nucleus.

Mutations or overexpression of EGFR leads to a proliferative advantage. EML4-ALK fusion leads to constitutive ALK activation, which causes cell proliferation, invasion, and inhibition of apoptosis. Inactivating mutation of p53 can lead to more rapid proliferation and reduced apoptosis.

The protein encoded by the p16INK4a inhibits formation of CDK-cyclin-D complexes by competitive binding of CDK4 and CDK6. Loss of p16INK4a expression is a common feature of NSCLC. RAR-beta is a nuclear receptor that bears vitamin-A-dependent transcriptional activity. RASSF1A is able to form heterodimers with Nore-1, an RAS effector.Therefore loss of RASSF1A might shift the balance of RAS activity towards a growth-promoting effect. As the figure 2 shows: PI3K-Akt signaling pathway is an intracellular signaling pathway important in regulating the cell cycle and is activated by many types of cellular stimuli or toxic insults. It regulates fundamental cellular functions, involving transcription, translation, proliferation, growth, and survival in response to extracellular signals. More information you may be interested in the article named PI3K-Akt Signaling Pathway and Cancer.

Accumulating evidence has indicated that PI3K-Akt signaling pathway is overactive in most NSCLCs, promoting proliferation, migration, invasion and resistance to therapy [1] [2] [3].

p53 is a tumor suppressor gene that is involved in the development of most cancers in humans. And it is the most frequently altered gene in human cancers. The name is due to its molecular mass. You may be interested in reading the article expounding p53 comprehensively.

The MAPK signaling pathway is essential in regulating many cellular processes including inflammation, cell stress response, cell differentiation, cell division, cell proliferation, metabolism, motility and apoptosis. The role of the MAPK pathway in cancer, immune disorders and neurodegenerative diseases has been well recognized [7].

In Bhardwaj V’s study, he revealed the role of epigallocatechin-3-gallate in regulating putative novel and known microRNAs which target the MAPK pathway in non-small-cell lung cancer a549 cells by next-generation sequencing. This study identified signature microRNAs that can be used as novel biomarkers for lung cancer diagnosis [8].

The Wnt signaling pathway is a group of signal transduction pathway made of proteins that pass signals into a cell through cell surface receptors. Accumulating studies have demonstrated that abnormal activated Wnt singling pathway is closely related to the development of cardiovascular disease, liver fibrosis and cancer. You may be interested in reading the article expounding Wnt Signaling Pathway comprehensively.

A study, from McDonnell Genome Institute located in Washington University School of Medicine, has demonstrated that recurrent WNT pathway alterations are frequent in relapsed small cell lung cancer. And their results suggest WNT signaling activation as a mechanism of chemo-resistance in relapsed SCLC [9].