Tumor necrosis factor receptor superfamily (TNFRSF) belongs to the transmembrane protein receptor, and its characteristic structure is its extracellular domain cysteine-rich domain (CRDs), which usually contains 6 cysteine residues involved in the formation of three disulfide bonds. The number of CRDs varies by receptor, from one to four. These Cys are ligand binding sites. TNFRSF can bind to the corresponding ligand and play an important role in inducing apoptosis, mediating inflammatory response and autoimmune diseases. 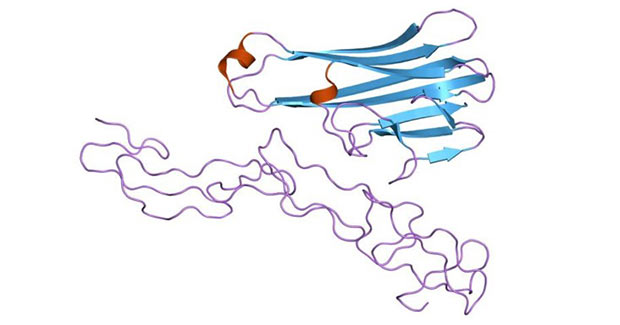 The image is from Wikipedia

TNFRSF can be divided into two categories according to the presence or absence of Death domain in the membrane.

Members of the second subfamily include TNFR2, CD40, OX40, and 4-1BB. Although their cytoplasmic regions are quite different, they can regulate the activation of NF-kappa B(nuclear factor kappa B) or JNK(c-jun amino-terminal kinase) by mediating tumor necrosis factor receptor-related factors, thereby regulating gene expression and promoting growth [1]. Figure 2 Member and classification of TNFRSF

TNFRSF family members and their standardized names, other names and chromosomal locations are shown in table 1 [2].

Table 1. Members of the TNFR Superfamily

In TNFRSF, some receptor molecules have Death domain (DD) in the cytoplasmic region, which is also called Death receptor (DR). When these receptor molecules are combined with the corresponding ligands, a series of signaling molecules can be recruited and activated, eventually activating aspartic acid specific cysteine protease/Caspase in the cytoplasm, leading to apoptosis [4]. Therefore, death receptors are involved in many physiological and pathological processes of the body, especially in multiple viral infections.

Fas exists widely in many tissues and cells, but is mainly expressed in immune cells.

Both Fas and FasL can be secreted or exfoliated outside the cell and become soluble functional molecules, namely sFas and sFasL. Fas, FasL, sFas and sFasL together form the Fas system.

FasL binds to Fas and causes apoptosis. The combination of sFasL and Fas also induces apoptosis. sFas has a high affinity with FasL, and can compete with membrane type Fas for FasL, but does not cause apoptosis, and indirectly inhibits apoptosis. The role of sFas and sFasL may be a regulatory mode of apoptosis in vivo. Apoptosis mediated by Fas system plays a very important role in transplantation immunity, which is involved in the development of lymphocytes, the formation of self-tolerance, the restriction of T lymphocyte cloning, the realization of immune response and many other immune processes.

TNFR1 is expressed in almost every cell in the body. It is involved in apoptosis.

Compared with TNFR1, TNFR2 is expressed in limited cells, which determines that TNFR2 activity is more specific to disease and is a good therapeutic target [5]. TNFR2 is mainly dependent on tumor necrosis factor receptor-associated factor 2 (TRAF2) and nuclear factor-kappaB (NF-κB) in cell survival.

The DR3-encoded product is a type II transmembrane protein composed of an extracellular receptor binding region, a transmembrane region, and an intracellular death domain (DD). DR3 is mainly distributed in lymphoid tissues such as spleen, thymus and peripheral blood lymphocytes. The restricted expression pattern of DR3 in lymphoid tissue suggests that it may play a special role in the development and function of lymphocytes. DR3, like TNFR1 and Fas, can induce apoptosis and activate the nuclear factor kappa B. TNFRSF19 gene expression is associated with many diseases, such as neuroblastoma, nasopharyngeal carcinoma, vascular dementia, etc. Abnormal expression of TNFRSF19 may be the driver of malignant glioma cell metastasis [9].

Function: In general, the tumor necrosis factor receptor (TNFR) superfamily induces apoptosis through the death domain. The intracellular domain of TROY has no death domain, which induces cell death in the form of para-apoptosis. Interaction of TNFRSF19 gene with TRAF family members can activate the JNK pathway and induce non-caspase-dependent cell death [10].

As an analogue of p75, TROY can form functional receptor complexes with NgR1 and LINGO-1 to mediate the inhibition signal of axon growth suppressor, thereby inhibiting axon growth.

Expression: TR2 mRNA is highly expressed in lung, spleen and thymus, and weakly expressed in bone marrow and endothelial cells, but not in brain, liver and skeletal muscle.

HVEM combined with LIGHT can exert a stimulating effect on T cells and B cells.

LIGHT and HVEM are newly discovered co-stimulatory signals for activation of T cells. LIGHT binds to its receptor HVEM/TR2 and has the functions of co-stimulating T lymphocytes and inducing apoptosis of tumor cells [13].

The HVEM-LIGHT signaling pathway is closely related to the development of inflammation and autoimmune diseases.

In addition, HVEM may also be involved in the formation of atherosclerotic plaques.

Unlike most other TNFR superfamily members, DcR3 lacks a transmembrane structure and is a secreted protein.

Function: DcR3 is an inhibitor of apoptosis protein. It competes with other receptors to bind to the ligands FasL, LIGHT and TLIA to inhibit apoptosis, thereby evading killing of killer cells. It can inhibit tumor cell apoptosis and promote tumor cell immune evasion. 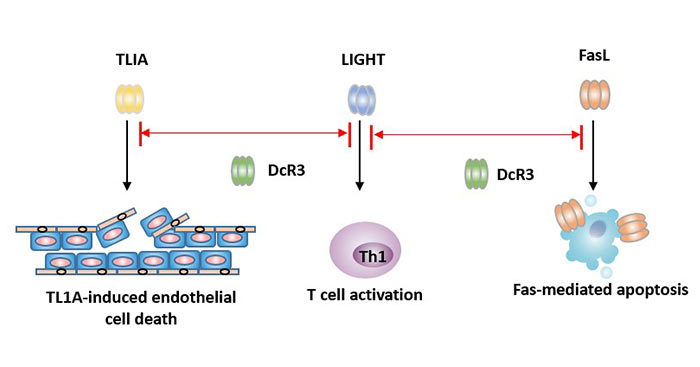 Figure 4 How does DcR3 inhibit apoptosis?

Based on its features, DcR3 has broad application prospects. It can be used as a new tumor marker for clinical diagnosis, efficacy observation and prognosis judgment. It provides a new way for tumor treatment at the immune and molecular levels. It is also used in the treatment of immune rejection after transplantation.

CD137 (4-1BB) is a type II membrane glycoprotein present on the surface of cell membranes. CD137 cDNA has a total length of 1.44kb and encodes a 255-amino acid protein of approximately 28kb. It contains extracellular regions, transmembrane hydrophobic regions, and intracellular regions.

Osteoprotegerin is a soluble secreted glycoprotein. It is synthesized in the cell as a monomer and secreted to the cell as a double body. Compared with other TNFR superfamily members, OPG lacks transmembrane and cytoplasmic regions, but contains seven major domains (D1-D7). The N-terminal contains four cysteine-rich regions (D1-D4), which are involved in ligand binding and are directly related to the inhibition of osseous cell (OC). D5 and D6 near the C-terminal are the homologous regions of the death domain, mediating cytotoxicity and transducing apoptosis signals of osteoclasts. D7 has a heparin binding site and a cysteine residue, which is necessary for the formation of disulfide bonds in homologous dimers.

It can inhibit OC differentiation, maturation, induce OC apoptosis and increase bone density, which is also the source of its name [14]. OPG competes with RANKL for binding to RANK (NF-κB receptor activator), thereby inhibiting the differentiation and maturation of osteoclasts and inducing osteoclast apoptosis. Osteoprotegerin is an important substance for osteoclast formation, differentiation and regulation. The study of osteoprotegerin has made great progress in osteoporosis, osteopetrosis, rheumatoid arthritis, bone tumor and cardiovascular disease.

Expression: RANK is expressed in specific tissues and organs in vivo, such as bone, bone marrow, spleen, lung, kidney, small intestine, and thymus.