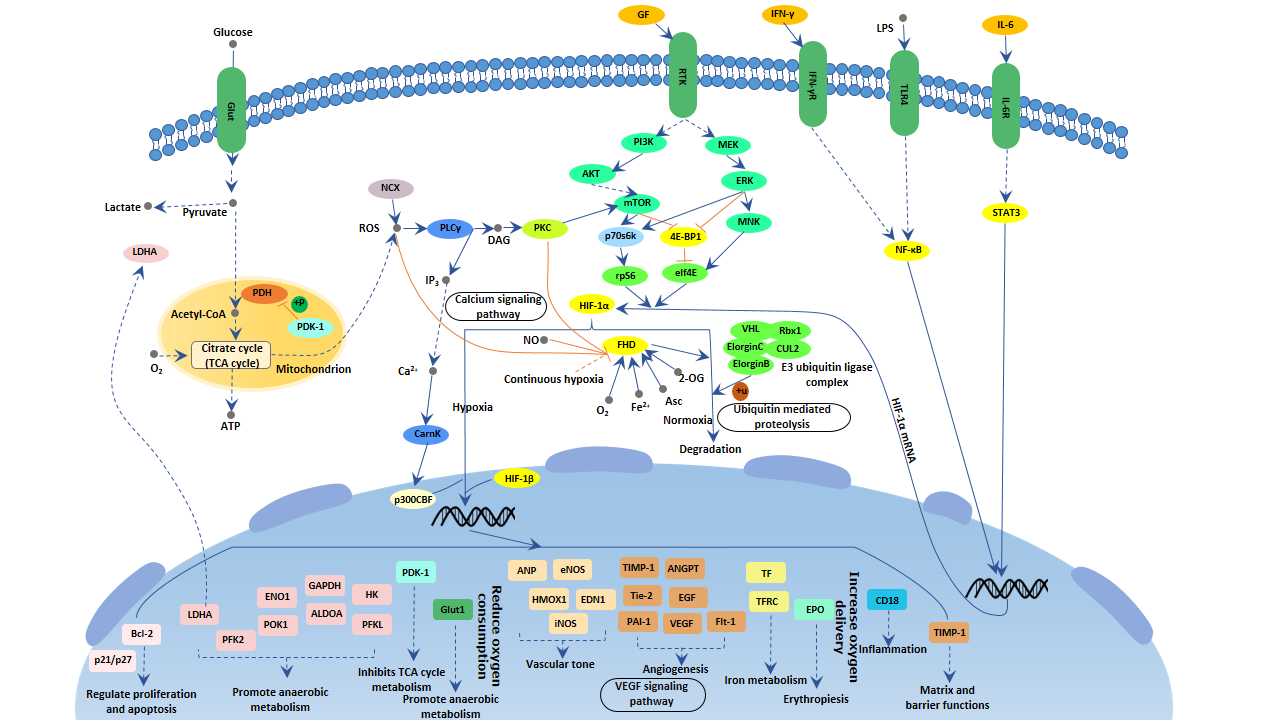 The Structure of HIF-1

It consists of two subunits: an oxygen-regulated α-subunit and a constitutively expressed β-subunit. It is expressed in all metazoan organisms.

The Function of HIF-1

Under normoxia, HIF-1 alpha undergoes hydroxylation at specific prolyl residues which leads to an immediate ubiquitination and subsequent proteasomal degradation of the subunit. In contrast, under hypoxic conditions, HIF-1 regulates the transcription of hundreds of genes in a cell type-specific manner.

The HIF-1α subunit is regulated by O2-dependent hydroxylation of proline residue 402, 564, or both, by prolyl hydroxylase domain protein 2 (PHD2), which promotes binding of the von Hippel-Lindau protein (VHL), leading to ubiquitination and proteasomal degradation; and O2-dependent hydroxylation of asparagine residue 803 by factor inhibiting HIF-1 (FIH-1), which blocks the binding of the 300-kilodalton coactivator protein (p300) and CREB binding protein (CBP). Eventually, HIF-1 acts as a master regulator of numerous hypoxia-inducible genes under hypoxic conditions. The target genes of HIF-1 encode proteins that increase O2 delivery and mediate adaptive responses to O2 deprivation. Despite its name, HIF-1 is induced not only in response to reduced oxygen availability but also by other stimulants, such as nitric oxide, or various growth factors.

HIF-1 and Its Signaling Pathways

In a hypoxic environment, HIF-1α accumulates in cells and binds to HIF-1β to form HIF-1, and HIF-1 binds to HRE to participate in multiple signaling pathways, leading to the response of cells to hypoxia.