Different CSF receptors have completely different structures and are expressed in different myeloid cell populations. Among of these CSF receptors, only CSF1R binds to CSF1 and IL-34. Take the common four types of CSFs and their receptors as an example, as shown in Figure 1: 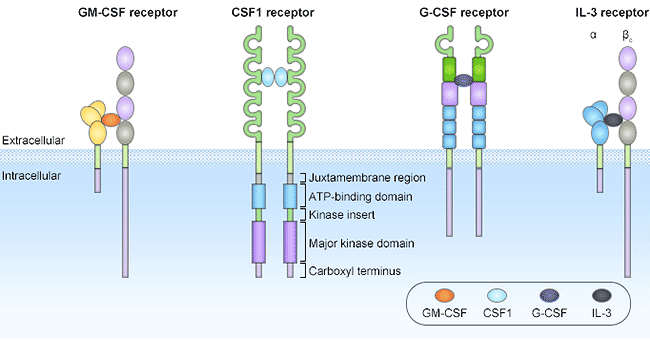 Figure 1. The structures of CSF receptors

M-CSF, also known as colony stimulating factor 1 (CSF1), is a secreted cytokine that enables hematopoietic stem cells to differentiate into macrophages or other related cell types. The role of M-CSF is not limited to monocyte/macrophage cell lines. By interacting with its membrane receptor (CSF1R, also known as M-CSFR), M-CSF also regulates the proliferation of early hematopoietic progenitor cells and affects many physiological processes involved in immunology, metabolism, fertility, and pregnancy. CSF1R, also known as CD115, belongs to the type III protein tyrosine kinase receptor family and is expressed on monocytes/macrophages, peritoneal exudative cells, plasmacytoid and conventional dendritic cells, and osteoclasts. It is a transmembrane protein encoded by the proto-oncogene C-fms, and its natural ligands include CSF1 and IL-34. CSF1R directly affects the differentiation and proliferation of tissue macrophages and osteoclasts.

CSF1 causes receptor dimerization by binding to receptor CSF1R, which in turn activates CSF1R and causes autophosphorylation of the receptor's intracellular portion. Similar to other tyrosine kinase receptors, the biological function of CSFR1 is mainly achieved through three signal transduction pathways, including MAPK, JAK-STAT, and LPC-γ. After dimerization of CSF1R, its molecular conformation changes, resulting in phosphorylation of at least 8 tyrosine residues in the intracellular domain, which in turn phosphorylates the downstream protein substrates containing SH2 and SH3 domains by transphosphorylation, and activates a series of intracellular signal transduction pathways.

G-CSF, also known as colony stimulating factor 3 (CSF3), is a glycoprotein that stimulates the bone marrow to produce granulocytes and stem cells and release them into the blood. G-CSF is a very important cell growth factor in the body. By binding to the cell surface specific receptor G-CSFR (also called CSF3R), it activates a complex signal transduction system and exerts a variety of biological functions, including regulating the proliferation, differentiation, survival and stimulating granulocytes to secrete vascular endothelial growth factor to enhance angiogenesis, etc.

CSF3R is a transmembrane protein with a typical structure of type I cytokine receptor superfamily, consisting of an extracellular domain, a cytoplasmic domain and a transmembrane domain. The N-terminal of the extracellular region is the immunoglobulin (Ig) region, following by the cytokine receptor homology region (CRH). Between the CRH region and the transmembrane region, there are three type III fibrin-like structures ( FNIII) area. When G-CSF binds to CSF3R, CSF3R dimerization causes rapid phosphorylation of four tyrosine residues in the cytoplasmic region. The phosphorylated tyrosine residues serve as binding sites for signaling molecules (such as SH2), a variety of signals (Janus family, STAT family) are transduced from this region to control cell proliferation, differentiation and survival. It is generally believed that the JAK-STAT pathway is the main pathway of G-CSF signaling.

IL3, also known as mast cell factor, is mainly produced by activated T cells and NK cells. Its main role is to promote the directed differentiation and proliferation of pluripotent hematopoietic stem cells in the bone marrow to produce various types of blood cells. In addition, IL-3 can also regulate the growth, differentiation and related gene expression of a variety of mature cells, such as C-MYC and IL-2RA genes. Like other colony-stimulating factors, the biological function of IL3 is also mediated by a specific receptor expressed on the cell membrane, namely the IL3 receptor.

The IL3 receptor (also known as IL-3R) is one of the members of the hematopoietic growth factor receptor superfamily, consisting of α and β subunits. The α subunit is unique to IL-3, determines the specificity of IL-3, and plays a role in competitive binding with the ligand. The protein encoded by α subunit is also clso called CD123 molecule, one of the leukocyte differentiation antigens. IL3Rα has certain homology with the α chain of IL-5R and GM-CSF, and its gene is closely linked with the GM-CSFRα chain. The beta subunit, also known as KH97, is shared by IL-3, IL-5, and GM-CSF, and it cannot bind IL-3 by itself. The cytoplasmic part of IL-3Rα chain and β chain has no kinase activity, the α chain has no signal transduction function, and the intracellular signal is mainly transmitted by the β chain. When IL-3R plays a role, it first forms a heterodimer, and after the receptor dimerization, it stimulates intracellular signal transduction. IL3 can activate the JAKs-STATs pathway. JAKs-receptors appear after JAKs bind to receptor complexes, which are cross-phosphorylated and autophosphorylated by JAKs-JAKs, and then recruit and activate STATs through phosphorylation-activated JAKs.

5. The Most Popular targets of CSF Receptors

As mentioned above, in a broad sense, all cytokines that stimulate hematopoiesis can be collectively referred to as CSF. CUSABIO has listed some popular targets of CSF receptor. Click on the corresponding target to view all the reagents related to the target.