Interferons (IFNs), a group of structurally and functionally similar cytokines, are produced by monocytes and lymphocytes, which are first discovered by Alick Issacs and Jean Lindenmann in 1957. They are mediators critically involved in alerting the cellular immune system to viral infection of host cells. Interferons not only exhibit important antiviral effects but also exert a key influence on the quality of the cellular immune responses and amplify antigen presentation to specific T cells. 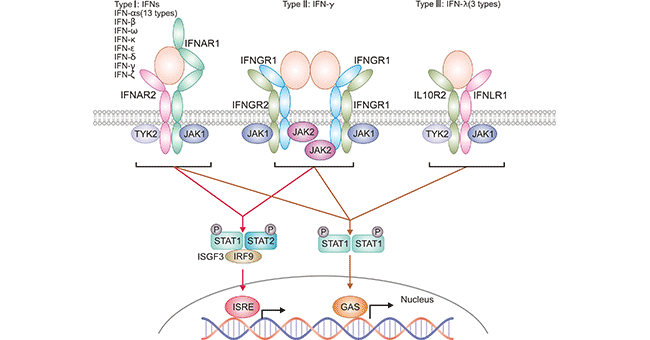 Figure 1. A diagram of intersection between three types of IFN and their IFNRs Representation

The genes of human type I interferon receptors are located on chromosome 21. The protein encoded by this gene is distributed on the cell surface and contains at least two subunits, named α (IFNAR1) and β (IFNAR2). Both belong to the class II cytokine receptor family. The alpha subunit has only one form, while the beta subunit has both soluble and transmembrane forms. There are three types of IFNAR2 (beta subunits) produced by alternative splicing of the same gene: IFNAR2a (betas short form), IFNAR2b (beta soluble) and IFNAR2c (betaL long form). The βs short form and the βL long form are distinguished by the extracellular and transmembrane regions and the first 16 amino acids of the cytoplasmic region. The soluble form is produced by inserting a stop codon after 236 amino acids. The long beta subunit (βL) is 515 amino acid residues in length and the original form for signal generation.

Type I interferons are mainly secreted by innate immune cells, mainly IFNα and IFNβ. IFNβ is mainly produced by human fibroblasts; IFN-α is mainly produced by monocytes-macrophages, and B cells and fibroblasts can also synthesize IFN-α. IFN-α/β is widely distributed, including monocytes-macrophages, polymorphonuclear leukocytes, B cells, T cells, platelets, epithelial cells, endothelial cells and tumor cells. IFNα and IFNβ act by binding to cell surface receptors IFNAR1 and IFNAR2, and TYK2 and JAK1 are associated with IFNAR1 and IFNAR2, respectively. After the activation of the kinase, the transcription factors STAT1 and STAT2 in the cytoplasm will be activated, and the two will aggregate into the nucleus to assist in the transcription of some effector genes downstream of IRF9.

Type II interferon receptors (IFNGR) are divided into ligand-adsorbing chains (IFNGR1) and accessory chains (IFNGR2), both of which belong to the cytokine class II receptor superfamily. IFNGR complexes are widely distributed in various cells and tissues. IFNGR1 binds to ligands with high specificity, but type II interferons (i.e., IFNγ) can induce IFNγ-related signaling and activity only in the presence of IFNGR2.

IFNγ is mainly produced by activated T cells and NK cells and is a type of lymphokine. IFN-γ can exist in the form of extracellular matrix, so it can control cell growth in a neighboring manner, and it can be distributed on the surface of almost all cells except mature red blood cells. IFNγ and its receptors signal through the JAK/STAT pathway, resulting in the formation of phosphorylated STAT1 homodimers (also known as IFNγ activators). The activated IFNγ activator translocates to the nucleus and binds the γ-activating sequence (GAS) in the upstream promoter region of interferon-inducible genes.

IFN-γ plays an important role in innate and adaptive immunity against viral, certain bacterial and protozoan infections. IFN-γ is an important activator of macrophages and an inducer of major histocompatibility complex type II (MHC II) expression. Abnormal expression of IFN-γ is associated with many autoinflammatory and autoimmune diseases. In addition to directly inhibiting viral replication, the importance of IFN-γ to the immune system is more reflected in its immune stimulation and immune regulation functions.

CUSABIO lists partial popular targets related interferon receptor. You can click to see all the related molecules/targets and research reagents of them.