pattern recognition receptor (PRR) is mainly expressed on the surface of innate rabbit disease cells, non-clonally distributed biological macromolecules, and it can recognize one or more pathogen-associated molecular patterns (PAMP) or damage-associated molecular patterns (DAMP). Pattern recognition receptors (PRRs) are representatives of immune receptors in innate immunity, encoded by a limited number of germline genes, and are evolutionarily conserved, indicating that PRRs are extremely important for the survival of organisms. The mutual recognition and interaction of PRR and PAMP is the key to initiate the innate immune response. Compared with lymphocyte receptors in adaptive immunity, PRR is not only encoded by germline genes, but also has three characteristics, including constitutive expression, rapid response and ability to recognize various pathogens. 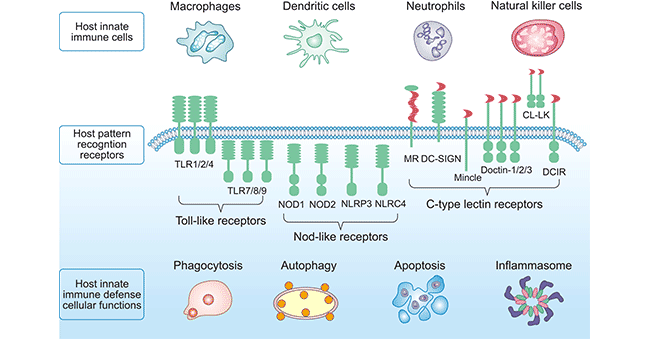 Figure 1. The structure of TLR, NLR, and CLR

Toll-like receptors (TLRs), named for their structural similarity to the Toll protein in Drosophila, are the first PPRs identified and widely studied in a variety of animals from insects to humans. The members of this family are all glycoproteins, the N-terminus is a leucine-rich repeat motif (LRR) with substrate binding ability toward the extracellular; the other side is homologous to the IL-1 receptor, known as the Toll/interukin-1 receptor (TIR) domain, which is a signaling domain necessary for initiating downstream signaling pathways, primarily responsible for transduction of signals into cells. 10 Toll-like receptors (TLR1-TLR10) have been identified in the human genome and 12 Toll-like receptors (TLR1-TLR9, TLR11-TLR13) have been identified in the mouse genome. Among them, TLR1, TLR2, TLR4, TLR5, TLR6 and TLR10 are located on the cell surface and have extracellular domains; while TLR3, TLR7, TLR8, TLR9, TLR11, TLR12 and TLR13 are located in the endoplasmic reticulum (ER), body and lysosome.

Activation of the TLRs signaling pathway originates from a domain of the cytoplasmic Toll/IL-1 receptor (TIR) that interacts with the adaptor protein MyD88 contained in the TIR domain. Upon ligand stimulation, MyD88 attracts IL-1 receptor-associated kinase-4 (IRAK-4) to TLRs through the interaction of two molecular death domains. More reading related Toll-like receptor signaling >>

Nod-like receptors (NLRs) belong to the cytoplasmic PRRs, and there are several different subtypes. Structurally, NLRs share three domains, including leucine rich repeat (LRR) domain, NOD and Caspase recruitment domain (CARD). LRR domain is at the C-terminus of NLRs and can recognize the corresponding ligand; NOD is the middle domain and belongs to the NTPase superfamily member, which can hydrolyze ATP to GTP. CARD is at the N-terminus and greatly varies in different members of NLRs family. As one of the members of intracellular PRRs, NLR, together with TLR, is a kind of sensor of innate immunity against pathogens. Its recognition of ligands and signal transduction are different from those of membrane-type PRR, and it plays a role in the body's innate immune response with unique features.

At present, studies have found that NLRs family includes 23 members in human. The expression of NLRs is different from TLRs. TLRs are mainly expressed on the surface of cells or endophages, while NLRs are expressed in the cytoplasm of various cells such as immune cells and epithelial cells. Some members of NLRs family are mainly expressed in phagocytes and neutrophils. in the cytoplasm of granulocytes. More reading related Nod-like receptor signaling >>

C-type lectin receptors (CLRs) are a huge protein superfamily. A typical CLR contains one or more glycosyl recognition domains (CRDs), and there are two Ca2+ binding sites necessary for CLR function on the protruding loop on the protein surface. CLRs are divided into two types, including secretory type and transmembrane type. The main representative of secretory type CLR is the agglutinin family. Transmembrane type CLR is divided into type I and type II according to the orientation of its N-terminus. Most CLRs expressed by DCs belong to type II transmembrane proteins, with the exception of manna receptor (MR) and DEC-205, which are type I. All type II CLRs contain one CRD. Whereas, MR and DEC205 contain 8 and 10 CRDs, respectively. As many as 60 CLRs have been identified in humans. Some of these soluble CLRs are capable of binding PAMPs and may mediate host defense under certain conditions. For example, mannose-binding lectins can bind to various modified viral, bacterial, fungal and parasitic glycosyl groups and can block the invasion of Neisseria meningitidis, Staphylococcus aureus and Streptococcus pneumoniae. Many transmembrane CLRs function primarily as antigen receptors.

CUSABIO has listed some popular targets related pattern recognition receptor. Click on the corresponding target to view all the reagents related to the target.