Dengue virus (DENV) is a mosquito-borne, single positive-stranded RNA virus of the family Flaviviridae.[1] Dengue virus has increased dramatically within the last 20 years, becoming one of the worst mosquito-borne human pathogens with which tropical countries have to deal. Dengue is often a leading cause of illness in areas with risk. Forty percent of the world's population, about 3 billion people, live in areas with a risk of dengue. Each year, up to 400 million people get infected with dengue. Approximately 100 million people get sick from infection, and 22,000 die from severe dengue.

The Structure and Important Proteins 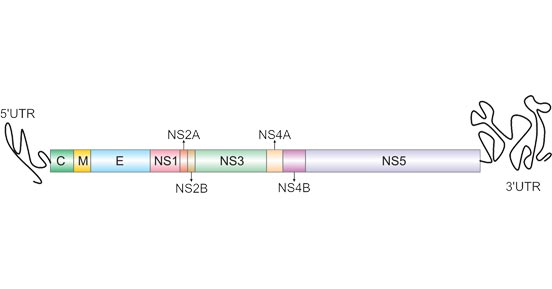 Figure 1. The Structure Comparison of DENV

The structure of the dengue virus is roughly spherical, with a diameter of approximately 50 nm. The core of the virus is the nucleocapsid, a structure that is made of the viral genome along with C proteins. The nucleocapsid is surrounded by viral envelope, a lipid bilayer that is taken from the host. Embedded in the viral envelope are 180 copies of the E and M proteins that span through the lipid bilayer. These proteins form a protective outer layer that controls the entry of the virus into human cells.

The virus group consists of 4 serotypes that manifest with similar symptoms, DENV-1, DENV-2, DENV-3 and DENV-4.

Dengue fever is a mosquito-borne tropical disease caused by the dengue virus. People of all ages who are exposed to infected mosquitoes are possible victims of dengue fever. Typically, people infected with dengue virus are asymptomatic or have only mild symptoms such as an uncomplicated fever. [3] Others have more severe illness (5%), and in a small proportion it is life-threatening.

Symptoms typically begin 3 to 14 days after infection. These may include a high fever, headache, vomiting, muscle and joint pains, and a characteristic skin rash. 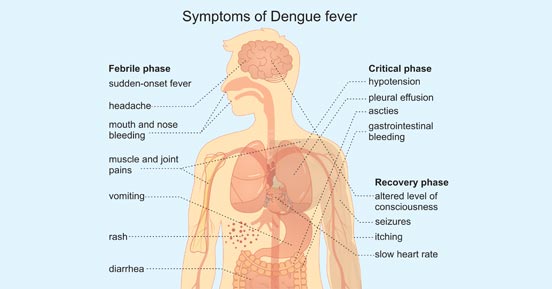 The diagnosis of dengue fever may be confirmed by microbiological laboratory testing. This can be done by virus isolation in cell cultures, nucleic acid detection by PCR, viral antigen detection or specific antibodies.[8]

There is no specific treatment for dengue fever. Fever reducers and pain killers can be taken to control the symptoms of muscle aches and pains, and fever. For severe dengue, medical care by physicians and nurses experienced with the effects and progression of the disease can save lives.