A neuron cell, also known as a neuron or nerve cell, is an electrically excitable cell that communicates with other cells via specialized connections called synapses. It is the main component of nervous tissue. All animals except sponges and placozoans have neurons, but other multicellular organisms such as plants do not. In this article, we numerate several fundermental question of neuron as follows?

What is The Typical Structure of Neuron?

The neuron is the basic unit of the nervous system. Neurons have many different shapes and sizes. But, a typical neuron in animals (such as human) consists of four major regions: a cell body, dendrites, an axon, and synaptic terminals (Figure 1). The cell body is the enlarged portion of a neuron that most closely resembles other cells. It contains nucleus, cell membrane, and other organelles (for example, the mitochondria and endoplasmic reticulum). It has the function of contacting and integrating input information and transmitting information. The dendrites and axon are thin cytoplasmic extensions of the neuron. The dendrites branch out in treelike fashion from the cell body and are key to receive signals and transmit them toward the cell body. The single long axon carries signals away from the cell body. 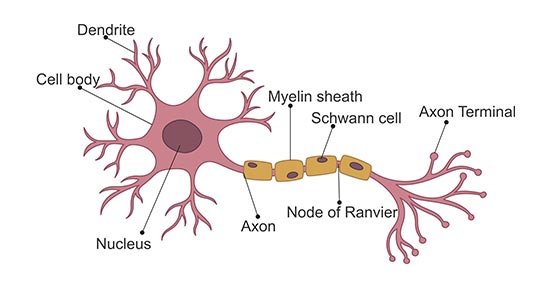 Figure 1. The Typical Structure of a Neuron

Some neurons that have cell bodies in the spinal cord have axons that extend all the way down to the toes. Axons generally divide and redivide near their ends and each branch gives rise to a specialized ending called a synaptic knob. It is the synaptic terminals of a neuron that form connections either with the dendrites or cell body of another neuron in muscles or glands. Once an electrical signal has arrived at the end of an axon, the synaptic terminals release a chemical messenger called a neurotransmitter, which relays the signal across the synapse to the next neuron or to the effector cell.

What are The Different Types of Neuron?

Neurons can be classified three types according to the number of processes that extend from the cell body. Unipolar neurons are generally sensory neurons. The cell body is approximately round with a single process, which then divides into two. One of the two processes extends outward to receive sensory information from various areas of the body, while the other process relays sensory information towards the spinal cord or brain. Bipolar neurons have two processes extending from the spindle-shaped cell body, an axon and a single dendrite. This type of neuron can be found in the retina. Multipolar neurons are the most common type. They have several dendrites and one axon extending from the polygonal cell body.

What are The Function of Neuron in Nerve System?

A neuron is a nerve cell that is fundermental unit of the nervous system. The primary difference between neurons and other cells is that neurons are specialized to transmit information throughout the body. These highly specialized nerve cells are responsible for communicating information in both chemical and electrical forms. As mentioned, there are also several different types of neurons responsible for different tasks in the human body.

What are The Markers of Neuron?

Neuron markers refer to several special proteins which distinguish neuron from other cell types. In this section, we list the most markers of neuron.