Bone is an amazing highly dynamic tissue in which old bone is permanently removed and replaced by new bone, in order to maintain the mineral homeostasis and the integrity of bone structure; this process, called bone remodeling, is orchestrated by osteoclasts and osteoblasts, respectively, and takes place in the “Bone Multicellular Units” (BMU). The BMU is formed by osteoblasts, osteoclasts, osteocytes, bone lining cells and blood vessels, and it is a special site where a team of bone cells work, as the Figure 1 shows [1] [2]. 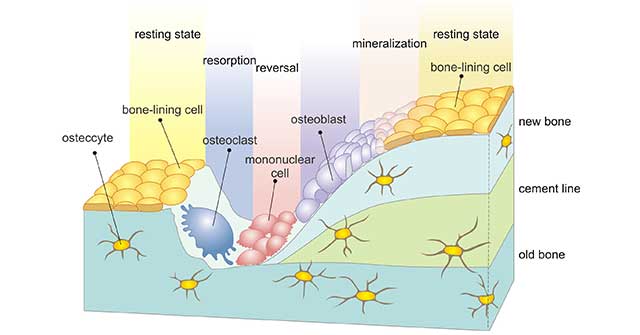 Figure 1. The Diagram of Bone Remodeling

In this article, we focus on osteocyte, a member of BMU. We collect the definition, structure and markers of osteocyte as follows:

Osteocyte, a cell that lies within the substance of fully formed bone. It occupies a small chamber called a lacuna, which is contained in the calcified matrix of bone. Osteocytes derive from osteoblasts, or bone-forming cells, and are essentially osteoblasts surrounded by the products they secreted.

Osteocyte is flat oval-shaped multi-protrusion cells, and the nucleus is also oblate and stained deeply. The cytoplasm is weakly basophilic. Under the electron microscope, there were a small amount of lysosomes, mitochondria, and rough endoplasmic reticulum in the cytoplasm, and the Golgi complex was not well developed. Bone cells are sandwiched between two adjacent bone plates or are scattered in the bone plates. There are gap connections between the protrusions of adjacent osteocytes. In the bone matrix, the oval-shaped cavity occupied by the bone cell body is called bone lacuna, and the space where the protrusions are located is called bone canaliculi (Figure 2). 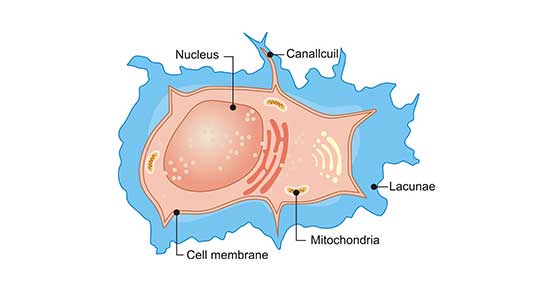 Figure 2. The Structure of Osteocyte

What is The Function of Osteocyte?

Although osteocytes are relatively inert cells, they are capable of molecular synthesis and modification. With the development of genetic tools, osteocyte functions have been identified via manipulating on the expression of several genes.

The Markers of Osteocyte

In the last section of this article, we list the most common markers of osteocyte on the following table. Osteocyte markers refer to several special proteins which distinguish osteocyte from other cell types.