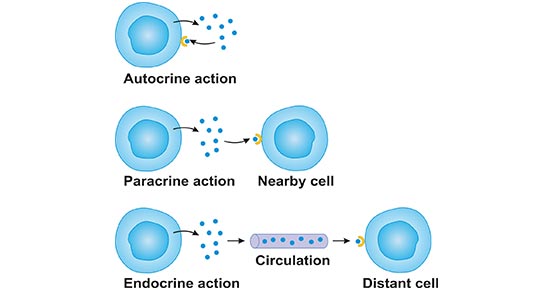 Figure 1. The Properties of Cytokines

What is Cytokine Family?

Cytokine family refers a series of cytokines that share sequence similarity and exhibit homology and some promiscuity in their reciprocal receptor systems. However, it doesn’t mean that they exhibit functional similarity. Cytokine families also contain important regulatory cell membrane receptor-ligand pairs. They reflect evolutionary pressures that use common structural motifs in diverse immune functions in higher mammals. Taking the IL-1/IL-1 receptor superfamily as an example, IL-1/IL-1 receptor superfamily contains cytokines, including IL-1β, IL-1α, IL-receptor antagonist, IL-18, and IL-33, which mediate physiologic and host-defense function, but this family also includes the Toll-like receptors, a series of mammalian pattern-recognition molecules with a crucial role in recognition of microbial species early in innate responses.

What are The Main Types of Cytokine Family?