1. What is Developmental Hierarchy of the Hematopoietic System?

2. What are the Hematopoietic System Diseases?

1. What is Developmental Hierarchy of the Hematopoietic System? 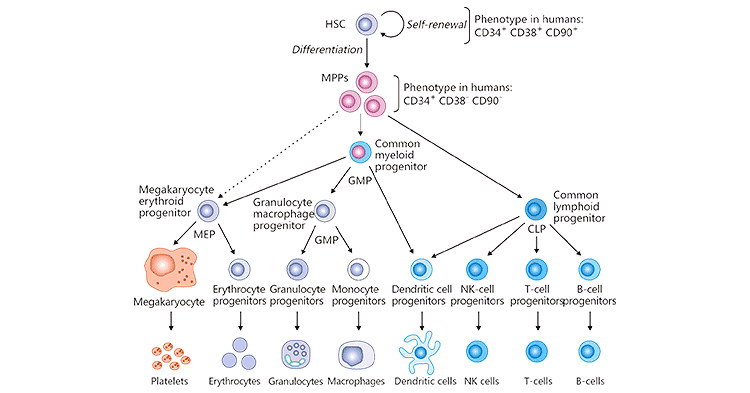 2. What are the Hematopoietic System Diseases?

Red blood cell diseases refer to blood disorders that affect red blood cells, which play a critical role in carrying oxygen to your body's tissues and organs and bringing carbon dioxide to your lungs. This type of disease includes anemia and polycythemia. According to different pathogenesis, anemia can be further divided into different types, including iron-deficiency anemia, pernicious anemia, aplastic anemia, autoimmune hemolytic anemia, sickle cell anemia, and more. Polycythemia can be further divided into polycythemia vera and secondary polycythemia.